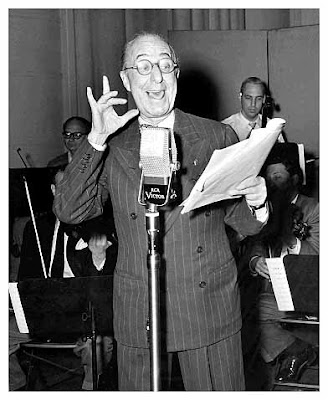 Ed Wynn, "The Perfect Fool," was best known as a vaudeville comedian with a distinct laugh who wore silly costumes. Younger people probably remember Wynn more for his comedic film work in many Disney films which include The Gnome Mobile, That Darn Cat!, and the voice of the Mad Hatter in Alice in Wonderland; but before these film roles, Wynn would bring network television to Hollywood. 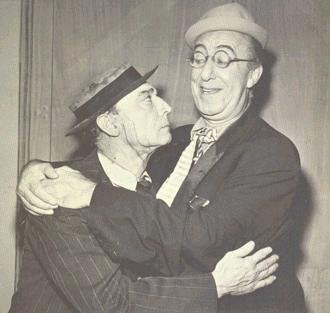 The Ed Wynn Show consisted of many of Wynn's vaudeville jokes and gags. The humor was old-fashioned even for its time but audiences still enjoyed Wynn's likable personality. Although stars were nervous to go on live television where anything could happen, the show still managed to feature many guest stars such as Buster Keaton, The Three Stooges, and Dinah Shore during its short one season run.

Here's a video of The Ed Wynn Show featuring The Three Stooges as guest stars:
Your thoughts?
Posted by Robby Cress at 8:01 PM

Great Post Robby,
Love the old comedians, they didn't have to swear or be obscene to get a laugh; just wit and simply slap stick.
Bill