Three Films I Wish Were on DVD or Blu-Ray 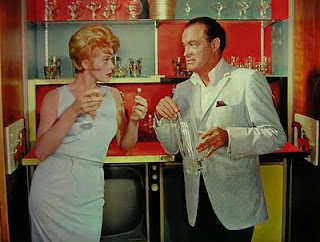 Bachelor in Paradise (1961)
There are many great films that still haven't found their way on to DVD or Blu-Ray yet, but over on the Turner Classic Movies website you can vote for films to be released on home video. Here are three films that I wish were on DVD or Blu-ray, and if you want to help me out, you can go over to TCM and vote on these three films too.
First, I love Bob Hope and I think he is one of the underrated comedians. Many people think of him for his work entertaining the troops which is great, but forget how hilarious his films were. One of his films, Bachelor in Paradise, although shown on Turner Classic Movies occasionally, is not available on DVD. In the film Hope plays an author who settles down in the suburbs to write a book about American suburban culture, but when Hope is the only bachelor amongst many lonely housewives, trouble ensues. The film has been uploaded to YouTube but that is no way to watch a feature film. 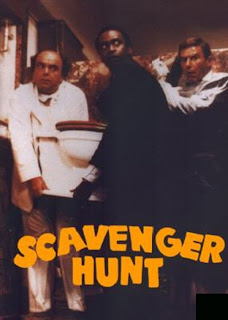 Scavenger Hunt (1979)
As a kid one of my favorite films was Scavenger Hunt. It's got a great cast filled with cameos including Ruth Gordon, Roddy McDowall, Meat Loaf, Dirk Benedict, Cloris Leachman, Vincent Price, Tony Randall, Scatman Crothers, and a young body builder named Arnold Schwarzenegger. In the film, Mr. Parker, a game inventor, passes away. At the reading of his will, his family, servants, and friends learn that they must compete on a scavenger hunt in order to win their inheritance. The movie is a fun gag filled ride and like Bachelor in Paradise, is also available on YouTube, but not on DVD. 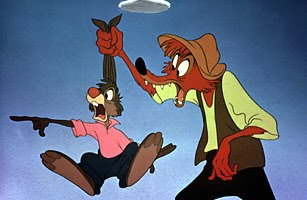 Song of the South (1946)
Another childhood favorite of mine is the Disney live-action/animated film Song of the South. This controversial film tells the stories of Brer Rabbit, Brer Bear, and Brer Fox. Many people are familiar with the ride Splash Mountain at Disneyland and Walt Disney World, but I wonder how many people know or remember the film on which the attraction was based?
So what movies do you wish were on DVD or Blu-ray? You should hop on over to TCM to vote for some films, preferably the three above :)
Posted by Robby Cress at 9:54 PM

I'm in agreement with you on these, especially Song of the South.

It’s a corny one, but sure wish Susan Hayward's "Back Street" was on DVD! I also second your motion for "Song of the South."

Hi Robby, Mike in Australia here. Yes for me it's "song of the South". As soon as I read the post, the song "Zippity Doo Dah" came into my head, now I can't get it out !!!
Just love your site. extremely interesting and it brings back happy memories of my visits to LA. Keep up the great work.
Mike.

i ove the the ride splash mountain and always thuoght the little bunny was cute- but had never actually heard of the film song of the south until i met you! i want to see it- i want to see it! good choices cutie! :)

Definitely Song of the South. Also, how about The Blue Dahlia (in the US) for film noir types??
Thanks for the great website.

Can we please, please, please add "Bachelor Mother" with Ginger Rogers and David Niven? One of the greatest Christmas/romantic comedies ever and --- nada. Thank goodness for TCM or we'd never see it. ps. I've got a friend who is totally obsessed with Bachelor in Paradise. Obsession. Really.

Thanks Mike for the kind comment. Hope these posts give you some plans for your next LA visit.

Chris, "The Blue Dahlia" would be a good one too. Speaking of noir types, I just did a quicky post on "Out of the Past."

Dave, you know I've never seen "Back Street" so I do hope it gets released on home video.


Gigi, I'll second "Bachelor Mother." Like Spencer Tracy, I just like listening to David Niven talk, plus I love films set at Christmas.

I definitely have to back you up on Song of the South.

Great blog and thanks for info revoting for movies to go on dvd - I have a few on my wish list! Bob Hope I spent many an evening as a kid absolutely killing myself laughing at movies such as Road to ..Morroco!

I remember Song of the South, at least I really think I do. Born in 67, I have tons of memories of things I've seen, played with, etc. that when I ask others if they remember these things as well all I get in reply is a strange look. I know I remember watching that movie!

I bought "Song of the South" a couple years ago on DVD. I did a search and it is rare but still out there.
http://www.mayancastledvd.net/ has some of them.

WB has just released Bachelor in Paradise on DVD in their Made To Order series.