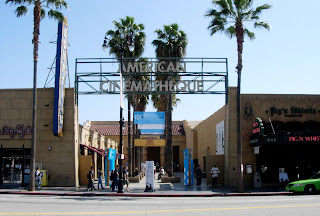 To learn more about M-G-M: Hollywood's Greatest Backlot, you can read an interview with author Steve Bingen by clicking here.
Posted by Robby Cress at 8:39 AM

It's nice to hear that B&N store is still there. :)

New to your blog & really enjoying it. Have you featured the Observatory at Griffiths Park and it connection to "Rebel wihout a Cause"? In that same vein there is a terrific bio just published on "Sal Mineo" by Michael Michaud, who I believe is doing book signings in L.A. You can find him on Facebook.
Looking forward to reading more of your posts.