Will The Academy Move the Oscars From the Kodak Theatre? 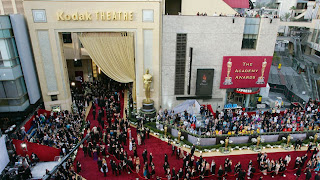 I agree Robby. Hollywood should be the home of the Oscars. And the red carpet event (for the spectators)makes both the Kodak and the Grauman's Chinese Theatre a natural fit for such events. Let the other Awards shows go to those other venues.

Oh did you read about that goofball reality guy who wants to buy the Kodak and rename it after himself? I think I saw it on Radar.

I would love to see the Oscars back at a more historic location.