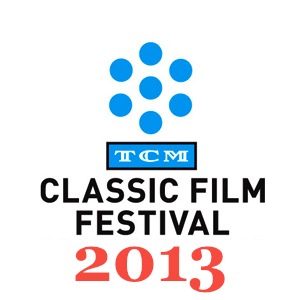 At the recent TCM Classic Film Festival Robert Osborn announced that the festival would become an annual event, which means that Osborn and his entourage will be back in Hollywood next year. But, before TCM announces the 2013 programming schedule, what would you like to see at the next festival? Is there a particular actor/actress or director that TCM should pay tribute to? Is there a classic movie star that is still alive and well that you would like to see make an appearance? Maybe there is a particular theme of movies you would like to see, for example "Built By Design: Architecture in Film" or "The Paramount Renaissance," two themes that where part of the 2012 festival?

Here are a few programming picks on my list:

Whenever I need some light entertainment, I like to flip on one of many 1960s sex comedies. Even if the story is bad, these films usually have great looking sets that look all the more stunning in bright Technicolor. The comedy and great casts that usually make up these films are sometimes just and added bonus. Sample films: A GUIDE FOR THE MARRIED MAN (Walter Matthau, Robert Morse), BACHELOR IN PARADISE (Bob Hope, Lana Turner), BOYS NIGHT OUT (Kim Novak, James Garner), WHAT'S NEW PUSSYCAT? (Peter Sellers, Peter O'Toole, Romy Schneider), KISS ME, STUPID (Dean Martin, Kim Novak), SEX AND THE SINGLE GIRL (Tony Curtis, Natalie Wood, Henry Fonda, Lauren Bacall). 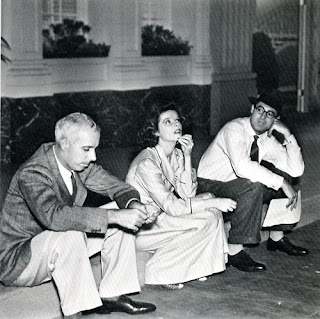 THE MANY GENRES OF HOWARD HAWKS

Where many directors are eternally remembered for one particular genre, say Alfred Hitchcock and suspense or John Ford and westerns, director Howard Hawks dabbled in every genre. Not only did Hawks direct many films in all genres, he excelled in every genre. I would like to see a programming block that illustrates Hawks versatility as a director and have TCM bring in someone like Peter Bogdanovich, who is not only a film history expert, but who knew Hawks personally, to do a discussion with audiences. Some possible film selections: 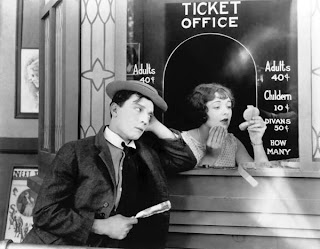 BUSTER KEATON'S SHORT FILMS with VINCE GIORDANO AND THE NIGHTHAWKS

During the first TCM Classic Film Festival one of the highlights for me was seeing Harold Lloyd's silent film SAFETY LAST! on the large Egyptian Theater screen with live music by the Robert Israel Orchestra providing the soundtrack. During the second TCM Classic Film Festival my favorite screening by far was seeing Buster Keaton's silent film, THE CAMERAMAN on the same Egyptian Theatre screen with live music and sound effects provided by the amazing Vince Giordano and The Nighthawks. If you watch the HBO show BOARDWALK EMPIRE you've heard the 1920s era music of Vince Giordano and The Nighthawks. I would love the opportunity to see some more classic silent films on the big screen accompanied by live music, the way they were meant to be seen.

My pick for the festival next year would be a collection of Buster Keaton's short films. Perhaps THE SCARECROW, THE HIGH SIGN, THE GOAT, and COPS. An added treat would be to follow up this screening with a presentation on the filming locations for these short films, done by silent film location expert John Bengston. If you are not familiar with Bengston's work, pick up one of his books on Charlie Chaplin, Buster Keaton and Harold Lloyd film locations and visit his fascinating blog, Silent Locations.

Those are just a few of my picks. What and/or who would you like to see at the 2013 TCM Classic Film Festival?
Posted by Robby Cress at 1:15 PM

Two words... Doris Day! There's no one bigger left, and few were better... I doubt she'd appear (maybe via a call in), but she'd be an absolute hit. It give up food for a month or two to be able to come down for that!

Robby, I like your suggestions, especially the swinging 60s theme. As for actor, I think Terence Stamp should be honored for movies going back to Billy Budd and Far from the Madding Crowd to The Limey, Wall Street, The Adjustment Bureau and many others. Or only slightly less underated in the Awards category is Robert Duvall.

What a treat that would be if Doris Day would make an appearance. I actually had her in mind when I asked the question. The TCM Festival would be the perfect venue to come back into the spotlight. I'm all for a lineup of Day's films.

Robert Duvall is another great choice. It would be great to get him for a discussion on a film like Apocolypse Now, or The Godfather. Terence Stamp is indeed underrated and would be interesting to see!

Since you have Red River by itself, why not add Rio Bravo for a Hawks-John Wayne double feature. And I'm always up for film noir or screwball comedy. And, as Jake says above, Doris Day is good. And maybe paired with James Garner, who made two "Rock and Doris" type movies with her. That would be a trip to get them both there.

i like your suggestions. I've never been to the TCM festival, but lets get Olivia deHavilland or Joan Fontaine. They might not want to come, but if we play the sides against each other, maybe one would come.
-Paul

Paul, how great would that be to reunite James Garner and Doris Day! That is a screening I wouldn't miss. Maybe for the film MOVE OVER, DARLING.

Paul (Lambfam),
Olivia and Joan would be amazing to see, especially at their ages. But hey, Ernest Borgnine and Eli Wallach have both made appearances, and they're up there in that age bracket too. I wonder how their health is?