After 68: The Rise and Fall of The Ambassador Hotel - New Documentary In The Works 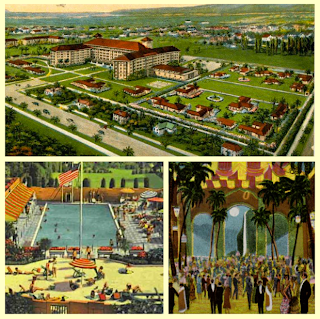 When the Ambassador Hotel opened for business in 1921 the hotel became a favorite spot for Hollywood celebrities and dignitaries alike. F. Scott Fitzgerald, Salvadori Dali, Winston Churchill, Amelia Earhart and every U.S. president from Herbert Hoover to Richard Nixon had visited the hotel. Stars such as Frank Sinatra, Judy Garland, Spencer Tracy, Carey Grant, Clark Gable, Jean Harlow, Ginger Rogers, Bing Crosby,  Rudolph Valentino, Benny Goodman, The Supremes, Jimmy Stewart, Henry Fonda, Dean Martin, Jerry Lewis, Marilyn Monroe and Lena Horne were known to either socialize or perform at the hotel's famous nightclub, The Cocoanut Grove. Six Academy Awards ceremonies were held at The Cocoanut Grove, including the ceremony in 1939 when Hattie McDaniel, the first African-American to win Best Supporting Actress, accepted her award. And unfortunately, on June 5, 1968, it was at the Ambassador Hotel that Robert F. Kennedy was assassinated. 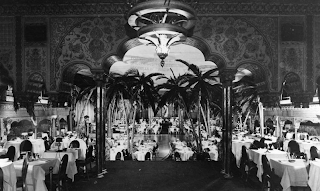 The Cocoanut Grove nightclub inside the Ambassador Hotel.

What was once considered the "Crown Jewel of Wilshire Boulevard" would eventually close its doors in 1989. For the next 15 years the fate of the Ambassador Hotel was debated. There were those who wanted to preserve the historic building and a school district that felt the best option was to tear the building down and build a new campus on the site.


Filmmaker Camilo Silva is now putting together a new documentary on the history and controversial demolition of The Ambassador Hotel called After 68: The Rise and Fall of The Ambassador Hotel and YOU can help him out. There is currently a Kickstarter page up where you can contribute to the project. If you would like to see this documentary made and want to pitch in on the effort, visit the After 68 Kickstarter page to learn more. A trailer for the documentary can be viewed above.
Posted by Robby Cress at 8:11 PM