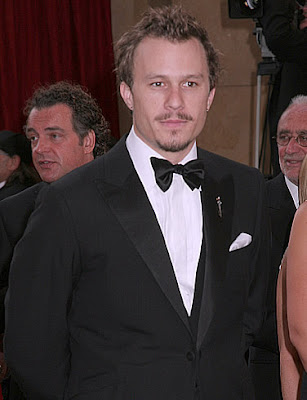 Last Thursday, Heath Ledger bacame the seventh actor to earn a posthumous Oscar nomination. The actor, who was 28 years old, was nominated for best supporting actor for his stirring performance as the Joker in the latest Batman film, The Dark Knight. If Ledger wins the Oscar he will be one of only two receive the award after death. Peter Finch, nominated for 1976's Network won after his death. 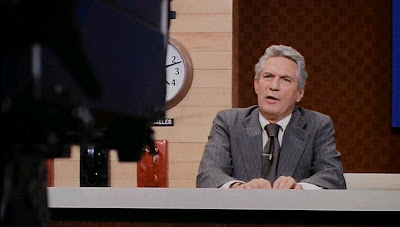 Peter Finch in Network
Others who have received posthumous Oscar nominations include Jeanne Eagels for best actress for 1929's The Letter, Spencer Tracy for best actor 1967's Guess Who's Coming to Dinner, Ralph Richardson for best supporting actor for 1984's Greystoke: The Legend of Tarzan, Massimo Troisi for best actor 1994's Il Postino.
The most famous actor to receive a posthumous nomination is James Dean, who received two! After Dean died in a car crash in 1955, he was nominated for best actor in 1955's East of Eden and then the next award season for Giant. 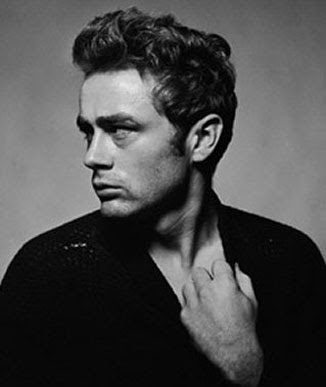 Right now it looks like the momentum is in Heath Ledger's favor to win a posthumous Oscar. He's already won a posthumous Golden Globe and a Screen Actors Guild award. If Ledger does win, it's still undecided who will go up to accept his Oscar. I guess we'll just have to watch the Academy Awards and see what happens.
Posted by Robby Cress at 7:42 AM

He was awesome in the part. He deserves the nomination. I think he will win.