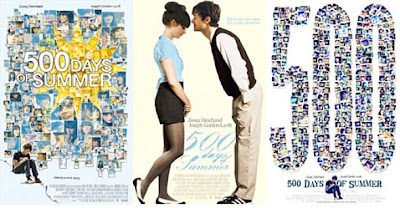 500 Days of Summer
My favorite films are those shot in Los Angeles. I especially enjoy films that treat Los Angeles almost like the city is a character itself, such as LA Story or LA Confidential. That is why I'm excited to see the movie 500 Days of Summer, starring Zooey Deschanel and Joseph Gordon-Leavitt, which opened in theaters this weekend. The Franklin Avenue Blog recently did a post mentioning how this film is like a love story to LA.
Hop on over to the Franklin Avenue blog to hear about some of the Los Angeles locations that made the film and also watch a great video of Deschanel and Gordon-Leavitt discussing growing up in Los Angeles.
Posted by Robby Cress at 6:49 PM

i love films that use LA, as you put it as a "character". can't wait to see this and i do believe zooey is wearing my shoes! ehhehehe. :)

i really liked it! enjoy!!

hey robby! just caught the show today-- definitely worth all ten of my George Washington's! I don't know if you've seen it yet so I won't go into any detail ... EXCEPT to say that Gordon-leavitt has a line that is VERBATIM the way, I'm sure, all of us feel about the city's architecture: "I wish I could *make* them all appreciate it."

I'm on my way to see the film finally! Yesterday I went to Cinespia to catch The Muppet Movie and to my surprise a very special guest showed up: Gonzo! a.k.a. Dave Goelz who was the muppeteer behind Dr. Bunsen Honeydew and other muppets.