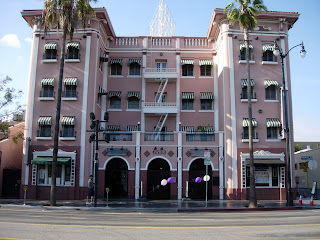 Hillview Apartments, 6533 Hollywood Blvd
At a time when Hollywood was a sleepy little town influenced by residents with strong puritan principles, actors arriving from the stages of New York and looking to get into "pictures," often had no where to stay. What few living spaces were available to rent had signs that read, "No Dogs and No Actors." The lack of housing available to actors in Hollywood led movie moguls Jesse Lasky and Samuel Goldwyn to build an apartment complex that would cater specifically to the acting community. In 1917, at 6533 Hollywood Boulevard, the Hillview Apartments (now the Hudson Apartments) were erected. 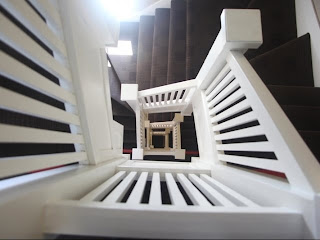 Photo Credit: Hudsonapartments.com
The Hillview Apartments included modern amenities such as a garbage incinerator and automatic elevators, as well as a rehearsal space in the basement to cater to the many actor residents. According to PreserveLA.com there was even a Speakeasy. A Los Angeles Times article from September 20, 2007 further explains that Rudolph Valentino ran the speak-easy, which was accessible by a trap door. Some of the early stars that have filled this 54-unit apartment include Mae Busch, Stan Laurel, Jack La Rue, Barbara LaMarr, Joan Blondell, Jack Dougherty, Clara Bow, and Mary Astor to name a few. 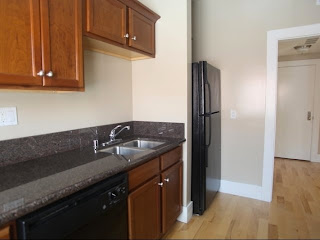 Photo Credit: Hudsonapartments.com
During the 1960s the Hillview Apartments started a decline in safety and appearance along with the rest of Hollywood. Transients and drug dealers took over the area. The building itself suffered damage from the 1994 Northridge earthquake, sinkage due to the tunneling of the MetroRail subway and a fire in 2002. Fortunately, Jeffrey Rouze, the architect responsible for remodeling the El Capitan Theater further down Hollywood Boulevard stepped in to help preserve this building. The restored building reopened on July 14, 2005. 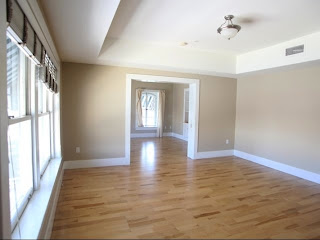 Photo Credit: Hudsonapartments.com
If you're looking to move into the Hillview Apartments, it doesn't come cheap. Each level of room is named after early silent film stars. The least expensive, "The Greta Garbo," is a 375 Sq. Ft. studio/1 bath that starts at $1400. The priciest apartments, a "Chaplin," will cost between $2200-$2700 for a 2 bed/2 bath, 1054 Sq. Ft space. 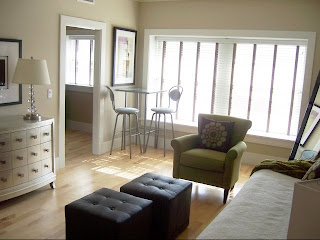 Photo Credit: Hudsonapartments.com
Early Hollywood is filled with scandalous stories and it seems that is still true today. Earlier this year, one of the young female tenants of this complex was murdered by her fiance in the 3rd floor hallway. According to the resident forum at hollywoodhillviewapartments.com, there have been other reports of battery, a prostitution ring, and sexual assault.
It is sad to hear that such despicable events are taking place in the Hillview Apartments building, but if the building can be restored to its original beauty, then maybe the environment inside can be restored to something safe and respectable again.
Posted by Robby Cress at 11:31 AM

It is BEAUTIFUL!!! And I wanted to live there until I read about the murder. UGH. That proves that just because you've got money, doesn't mean you are good people. Gorgeous building, though.

It is a beautiful building isn't? Hopefully the building will get better management and it will be a gorgeous and also, safe building.

Do not move in to this building. I use to live there in 2007 till 2010. They take your money,throw you out for no reason and there have been drug use and murders there. You can find a better place. Trust me.