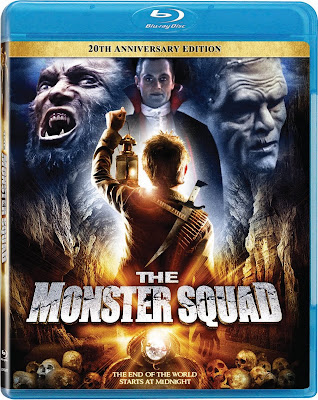 The Monster Squad - Blu-ray
One of my favorite childhood movies has got to be hands down, The Monster Squad. The film was not very successful when it was released in theaters and still many people haven't heard of the film, but for those who have seen it as kids, it has become a cult classic. The film, which was released in 1987, was always hard to find on VHS and it was never released (until recently) on DVD, so my brother and I ended up wearing out a recording that we taped off of Cinemax years ago. Apparently, many fans were doing the same thing - making their own recordings from the few times the film aired on television.
Thankfully, Lionsgate has now released a 20th Anniversary edition of the film, loaded with plenty of extras, including a five part film retrospective featuring cast and crew interviews. The newly remastered film looks better than I have ever seen it. Of course, probably anything would look better than the worn out VHS copy I taped off of TV. I just finished watching a blu-ray version of the film that I got for Christmas and I'm amazed at how well the film holds up.
For those of you who haven't seen The Monster Squad, in short, Co-writer and Director, Fred Dekker wanted to make a film that would be "The Little Rascals" meets the Universal Monsters: Dracula, Frankenstein, Wolfman, Gillman, and Mummy. It has a similar feel to The Goonies, another 80s kids adventure film, but monster themed rather than pirate themed.
During my recent viewing of the film I noticed that the finale all takes place on the Warner Bros. studio backlot in Burbank, CA, specifically, the small town themed set. Below are some screenshots matched with some photos I have taken during the past year.

Above, the "Scary German Guy" and some of the kids are parked out front of a church. Below is a view of the same church today. It recently was refurbished for the TV show Eastwicke. Vampires Attack!
Above is a "Fox Photo Lab" and a Burger King as seen in the film. Below are the same structures today. Unfortunately, my shot doesn't include the Burger King building but I do show it in another picture further down. 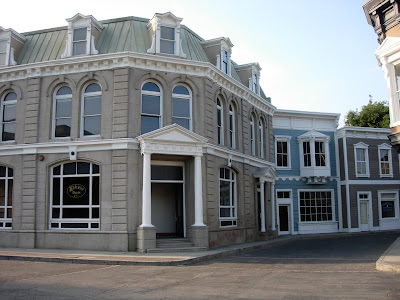 Above is a sporting goods store featured in the film. In the shot Rudy is about to shoot the lady vampires with a wooden arrow. The next two photos below show the row of buildings that made up the stores in this scene. 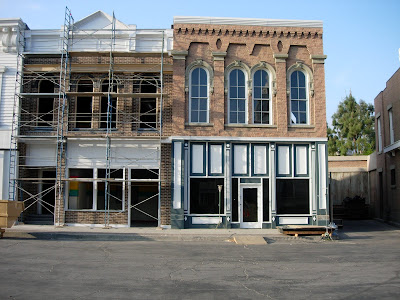 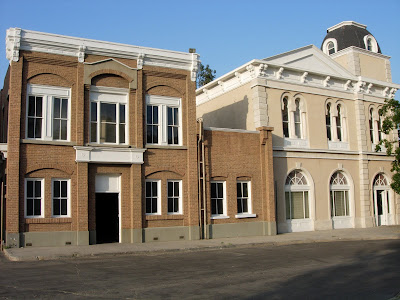 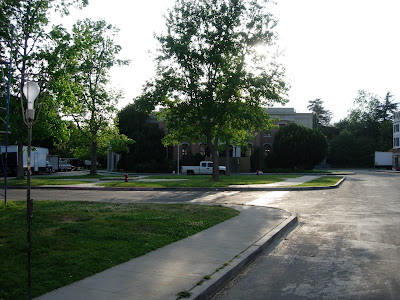 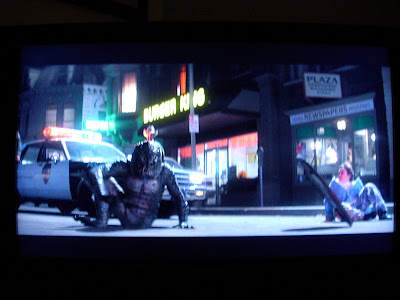 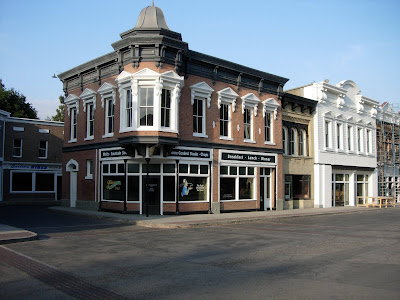 Above Dracula arrives for the fight. Below is a view of the same street corner with same house in the background. 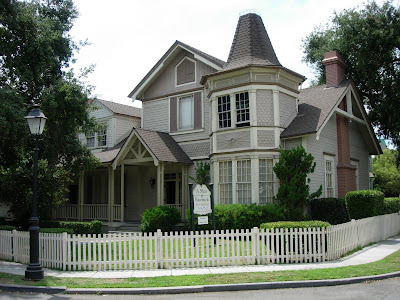 Above the Monster Squad are able to open the vortex of time and all the monsters and people are being sucked away. Above is shot of one of the buildings seen in the film and below is a photo of the same building as it appears today. 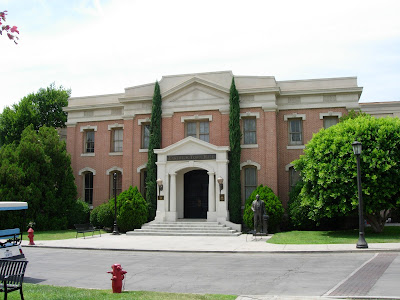 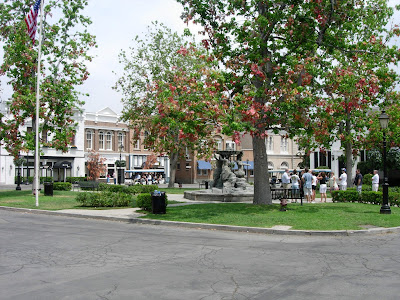 Are there any Monster Squad fans out there? You're thoughts? 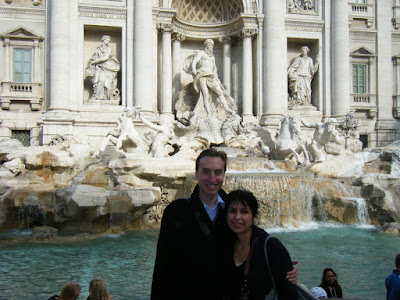 Sorry for you guys who have been checking back here for updates. I've been on a bit of a hiatus. A couple months ago I received a promotion at work and have been extra busy ever since. My computer recently died so I've been trying to recover my photos and videos. I also got married in early October and then went away on my honeymoon to Europe. Of course, being the movie fan I am, I had to make a couple stops at some cinema landmarks, one of which you can see in the photo above. That is my wife Zinnia and I at Trevi Fountain in Rome which you may recognize from the classic Federico Fellini film, La Dolce Vita.
Now that things have settled down a bit I'll try and do some regular posting again. Thanks to all who have been stopping by and for your comments. I hope everyone had a merry Christmas and has a happy New Year! 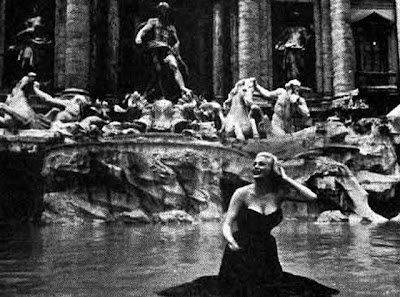