The Fine Art of Marc Davis: a new exhibit at Forest Lawn Museum 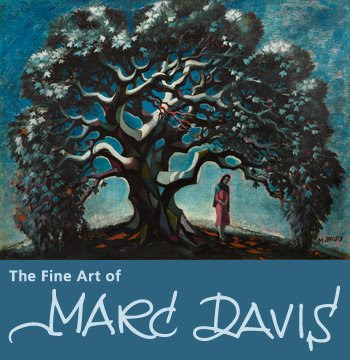 If you're not familiar with the name Marc Davis you certainly must be familiar with his work. Davis was a legendary animator, one of Walt Disney's "Nine Old Men," best known for his skill at drawing female characters. Some of his most notable characters include Tinker Bell, Alice from Alice in Wonderland, and Cruella DeVil. In addition to his work in animation Davis created concept art for attractions at the Disneyland theme park. If you've ever been on the Haunted Mansion or Pirates of the Caribbean rides you've seen the outcome of Davis's work.

From now until July 26, 2009 the Forest Lawn Museum in Glendale, California is exhibiting some of Davis's non-Disney work. The collection includes paintings of ships, Greek mythology, harlequins and experiments with space and color. There are some pieces that are connected to Disney, but almost all the works are very non-Disney. 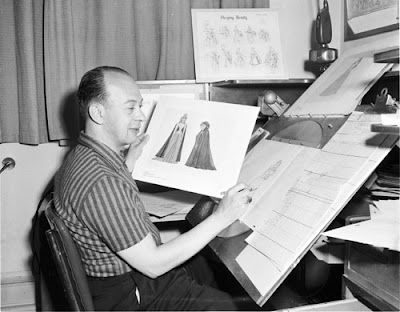 Legendary Disney Animator: Marc Davis
The museum is open every day except for Mondays from 10:00 a.m. to 5:00p.m. To get there you have to drive through the winding roads of Forest Lawn Cemetery all the way to the top of the hill. Once you get there you will have a beautiful view of both downtown Glendale and downtown Los Angeles.
To round out your visit with another Disney connection you can visit Walt Disney's grave site (No, Disney is not frozen). Disney is located just outside and to the left of the Freedom mausoleum. Inside the Freedom Mausoleum you will find George Burns and Gracie Allen.
The exhibit is free and definitely worth checking out.
Posted by Robby Cress at 6:48 PM

I hereby hand out the Friendly Blog award! Many blog awards, but you deserve it: Check out your motivation for winning, and get the picture of the award here: