Father of the Bride: Film Location 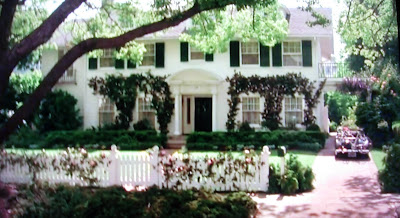 Father of the Bride home - 843 S. El Molino Dr. Pasadena, CA
As many people know, I'm getting married soon and in the same way I get into the spirit for Christmas or Halloween, I've been watching wedding related movies to get into the wedding spirit. What do you expect from a movie lover? My favorite wedding film is Father of the Bride, the 1991 version, starring Steve Martin and Diane Keaton (I was going to say the recent classic as opposed to the old classic but 1991 really isn't that recent anymore!). Last week when driving through Pasadena I decided to stop by the house that was used for the Banks family home and to take some pictures.
Above is a screenshot from the film showing the Banks family home. Below is a photo I took of the actual home a week ago (8/7/2009). 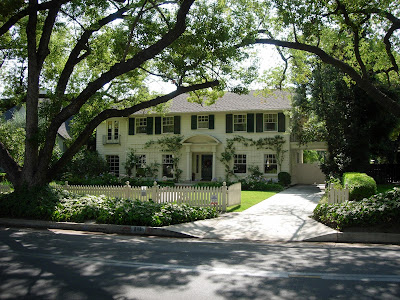 Father of the Bride house in Pasadena
Looks nearly the same doesn't? The only real difference is the flowers on the white picket fence and the fuller foliage on the house. 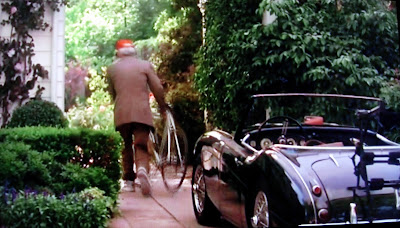 Steve Martin in the driveway. 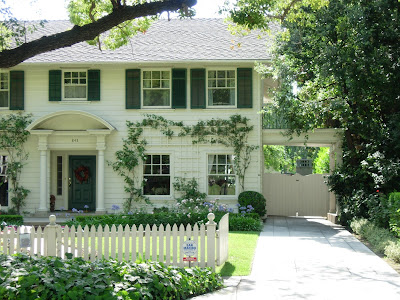 One of the touching moments in the film is when Steven Martin is playing basketball with his daughter (played by Kimberly Williams) in the driveway. I've been told that the basketball scenes in the driveway were actually done at another location but I'm not sure where that might have been. 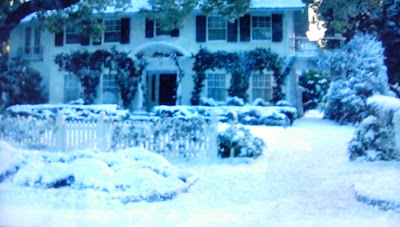 Screenshot of the Father of the Bride House in snow

Above is another screenshot of the Father of the Bride house after it is covered by a surprise snowfall. Now anyone living near Pasadena knows that it doesn't usual snow in this area and I think Steve Martin says something in the film that he was nine years old that last time he remembers it snowing. The above snowfall is pure movie magic. Below is another shot of the house as it appears today. 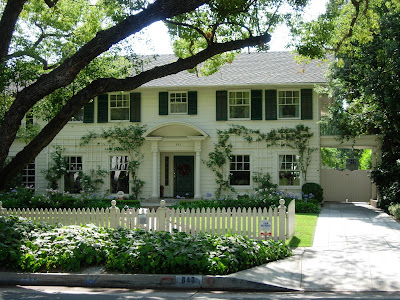 Father of the Bride house in Pasadena

Congrats on getting married!! Best wishes for a wonderful wedding.

Have you seen the original Father of the Bride? 1950 it is I believe. For a second, I thought you were referring to that one, instead of the 1991 version. :-(

Thanks Raquelle. Yes I have seen the original. Spencer Tracy is great. My favorite moment in that version is when Spencer Tracy is serving drinks for all the family friends and gets stuck playing bartender all night! It's interesting watching both movies and seeing what they kept the same and what they changed.

congrats on getting married! I just LOVVVVEEE that movie! It's one of my favs EVER. The scene at night when it snows makes me cry every time! Love your photos! Thanks and feel free to check out my blog!