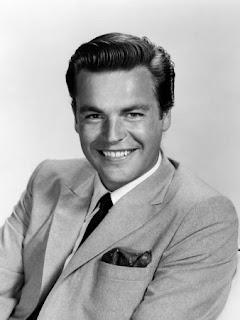 Robert Wagner
In the 1950s, actor Robert Wagner was an upcoming star, a teen heartthrob, and quite the ladies man. Before his long on-again-off-again relationship with Natalie Wood, Wagner was making the rounds with the women of Hollywood. Some were young starlets and some were already notable stars. On one occasion in the 1950s, Wagner had a brief fling with the star actress Yvonne De Carlo. 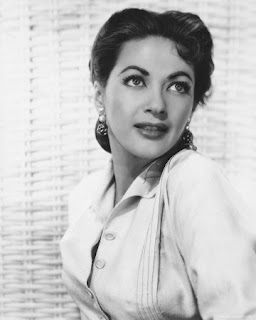 Yvonne De Carlo
De Carlo had already made a name for herself in films like Criss Cross and Brute Force. She was still a few years away from starring in her most famous role, that of Lily Munster, in the 1960s television show, The Munsters.
Sometime in the 1950s, Wagner was on his way to the Santa Monica drive-in restaurant, Jack's at the Beach.  When Wagner pulled his 1950 Ford convertible into the restaurant parking lot he noticed in the car next to him was De Carlo. He looked her over and she nodded for for him to come over to her. Wagner then parked his car in the back of the restaurant and hopped into De Carlo's car. According to Wagner, in his book "Pieces of My Heart," their exchange went like this:
"I'm Robert Wagner."
"I know. I'm Yvonne De Carlo."
"I know. I'm such a fan of yours."
The two left Jack's at the Beach and headed for De Carlo's house. It wasn't until three days later that Wagner went back to get his car.
Wagner doesn't exactly say what happened over those three days, but like watching early movies, we can use our imagination.
A week later Wagner ran into fellow actor and playboy, Tony Curtis.  According to Wagner, Curtis said, "You can't imagine what just happened to me. I pull into Jack's at the Beach. Yvonne De Carlo pulls up next to me! She looks at me, I look at her. Well, to make a long story short..." 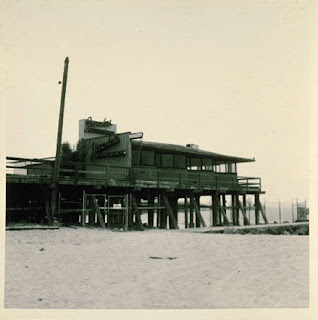 I love, love, love this post. I had no idea they had a fling. Yvonne De Carlo was so beautiful. I am having a giveaway that ends this Friday to celebrate Spring. Check it out and enter if you haven't already! Kori xoxo

I adore Yvonne De Carlo! & I had no idea about her fling w/ Wagner... or Curtis. hehe

ahehehe- this story is awesome. a lady who knew what she wanted and it sounds liek she knew just WHERE to get it too! :) great post!

I just found your blog and am enjoying it greatly.

This post with the photo of Jack's at the Beach really caught my eye as I have just seen a B-movie in which Jack's is shown in the opening and final scenes. The film is called Hot Cars (1956) and is available on NexFlix.

So-so film but it has great shots of LA in the mid-1950's in it, including the ones at Jack's.

Thanks for the tip about the film "Hot Cars" being available on Netflix! I need to check that film out. Sometimes those so-so films are worth watching just for seeing certain locations or fashions from another time.