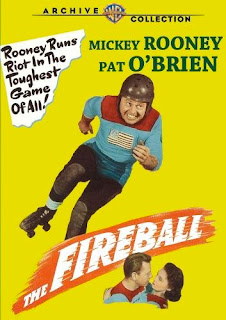 The Fireball (1950)
Whenever I think of the Roller Derby I usually picture tough Derby Girls and a theatricality similar to WWF wrestling. I've never really thought of it as a true sport or one that men play for that matter, until I saw the Mickey Rooney film, The Fireball. Like the recent Ellen Page film, Whip It (2009), where Page plays an awkward teenager who puts on skates and learns she could be a great Roller Derby girl, The Fireball is a similar coming-of-age type story.
In The Fireball, Rooney plays the orphan Johnny Casar, a rebellious teen living at the St. Luke's Home For Boys. Johnny has no outlet for his frustrations and is regularly getting into trouble. When Johnny is confronted by Father O'Hara, played by the priest when you need one, Pat O'Brien, Johnny decides to run away from the orphanage.
While roaming the streets, Johnny stumbles across a pair of roller skates. He tries the skates on, finds that they fit, and then the next minute Johnny is rolling wildly down a hill, nearly knocking over anyone standing in the sidewalk. Johnny isn't a great skater at first, but he visits a local skating rink where he meets Mary Reeves (Beverly Tyler), who offers him free skating lessons. After a few lessons and a lot of practice Johnny becomes a superb skater, eventually joining a men's roller derby team. Johnny gains many fans with his outspoken personality and his athleticism. All the attention poured on Johnny from his fans only boosts his ego. At the same time Johnny's cocksure attitude is alienating him from his teammates.
During the international championship, Johnny, who will do anything to win, injures a few other players when he intentionally knocks over a teammate, forcing a pile-up of all the other skaters. The crowd and even Father O'Hara who is watching in the audience, are disgusted by Johnny's unsportsmanlike conduct. Although, disgust turns to concern when Johnny later collapses.
Doctors discover that Johnny has polio. Upset by his condition, Johnny attempts suicide but Father O'Hara and Mary give Johnny the encouragement he needs for recovery. After a few years of therapy and training, Johnny finds himself back in the rink. When Johnny hears the crowd roar his cocky attitude returns too. But, after a conversation with Father O'Hara, Johnny realizes he should help out others just as people helped him when he needed it most. Instead of trying to be the star on the team, Johnny helps out one of the new younger players on the team.
Raquelle at the blog Out of the Past, who reviewed this film a few months ago, sums up this film pretty well. "Fireball is pure novelty! From the campy plot, to Marilyn Monroe's supporting role, to Mickey Rooney on roller skates. " These really are enough reasons to give this silly and fun film a view, but if I would add one more, it is to see a few Los Angeles locations. Here are a few of those locations. 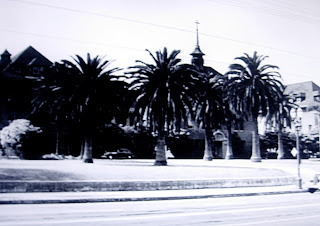 St. Luke's Home For Boys
The film opens with scenes of St. Luke's Home For Boys, the orphanage where Mickey Rooney lives. See the screenshots above and below. I wasn't familiar with this building so I looked through a few historical photos of Los Angeles area orphanages and even Catholic schools. Eventually I came across a photo of the St. John's Military Academy in Los Angeles and it was very clear that this was the location used for the film. 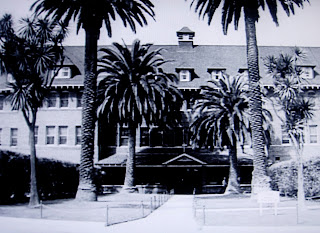 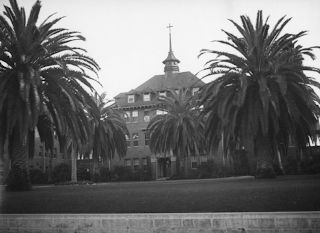 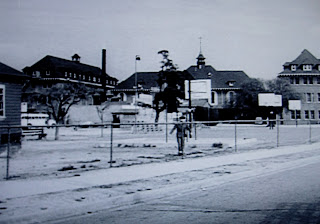 Mickey Rooney runs from the orphanage.
Above Mickey Rooney is seen running from the backside of the orphanage. Below is another photo of St. John's Military Academy showing how this view once looked. From this view, things don't look that much different. The basketball courts are even there in the older photo. 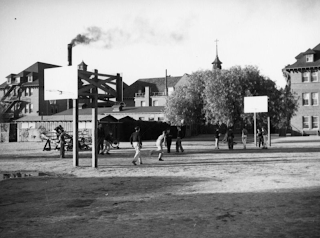 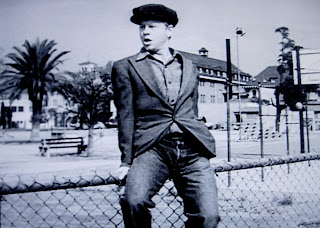 Rooney climbs the fence at the orphanage.
The next few images are from the scene where Rooney tries on the roller skates and rolls wildly down the hill. That hill is Temple Street in Los Angeles, beginning near the intersection of Belmont Avenue. What seems like a really long hill in the film, is really only a few blocks long. 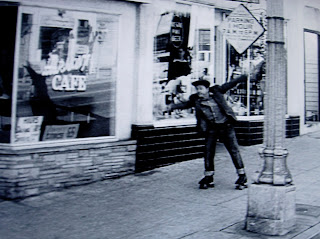 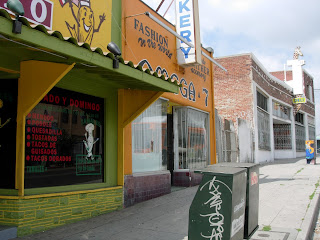 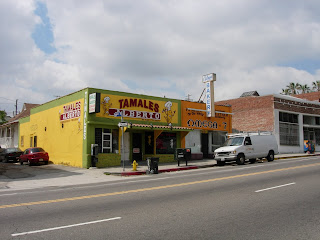 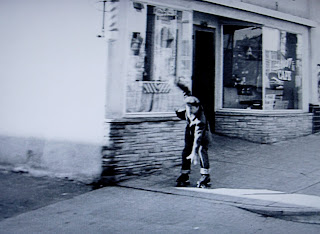 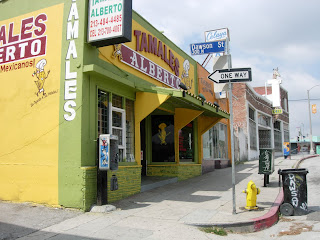 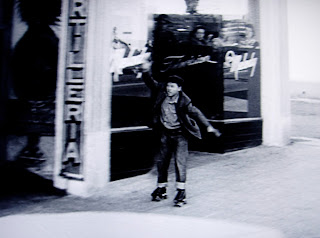 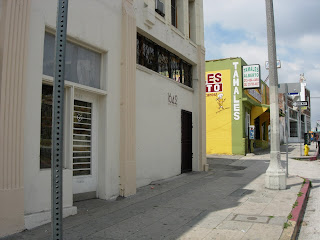 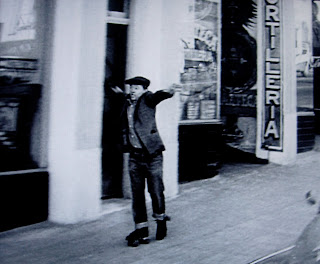 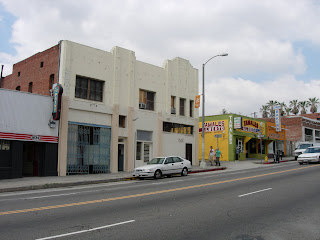 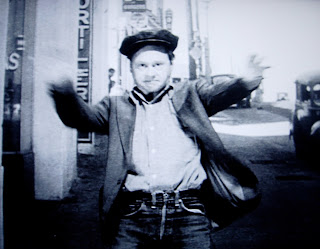 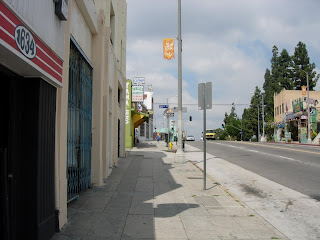 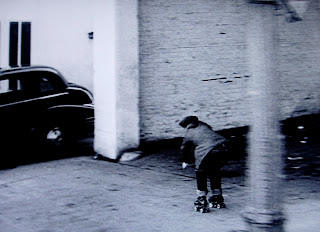 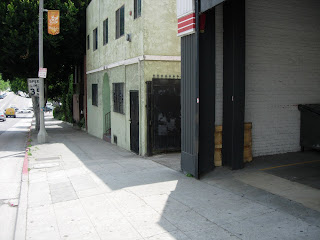 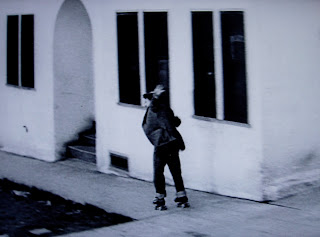 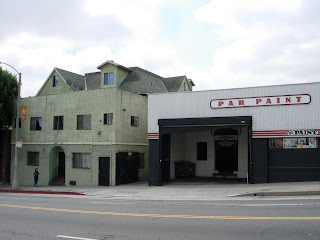 1630 & 1634 West Temple Street
If you would like to check out The Fireball it is currently for sale through the Warner Archive Collection.
Your thoughts?
Posted by Robby Cress at 1:55 PM