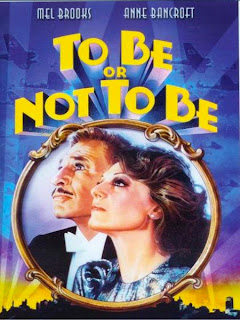 To Be or Not To Be (1983)
Although the 1983 film To Be or Not To Be may have been set in Poland, Mel Brooks didn't go any further than Burbank, California to make this remake of the 1942 Ernst Lubitsch comedy. The "Bronski Theatre" and all the other Polish buildings were part of the Warner Bros. Studio backlot, specifically, the "New York Street" area of the lot.
In this version, Mel Brooks and Anne Bancroft play the roles that Jack Benny and Carole Lombard played in the original. Brooks and Bancroft are Frederick and Anna Bronski, Poland's most famous acting couple. After the Nazis invade Poland, Brooks, Bancroft and everyone in their acting troupe must  use there acting skills not to entertain, but to fool the Nazis. They are playing not for an audience, but for their lives.
The film opens with Brooks and his acting troupe performing at the Bronski Theatre. What is supposed to be Poland, is really New York Street on the Warner Bros. lot. 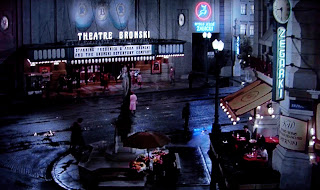 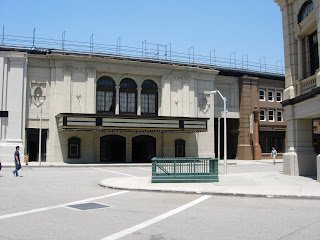 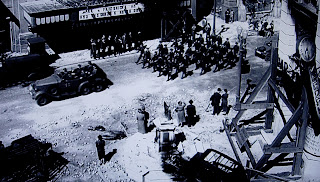 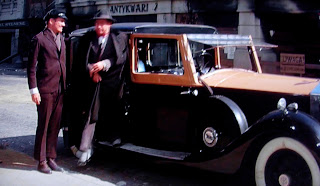 Brooks arrives at the theatre. 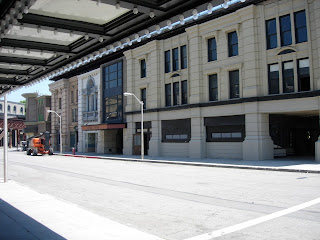 Looking across from the "Bronski Theatre." 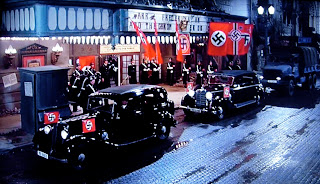 The Bronski Theatre dressed for the arrival of the Fuehrer. 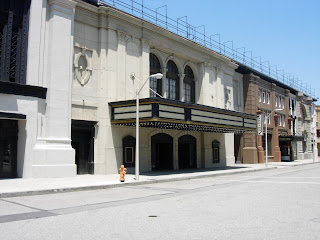 Another view of the theater building on the WB lot. 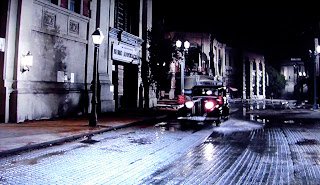 Brooks driving away disguised as the Fuehrer. 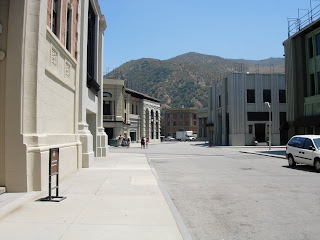 Another view of NY Street at WB used as Poland.
As much as I enjoy the original, it doesn't stop me from liking this remake. Brooks adds his fast paced, zany, schtick and really makes this version of the story his own. To me, I see the films as two different kinds of comedies. What do you think? Have you seen either version of To Be or Not To Be?
Posted by Robby Cress at 3:58 PM

I've seen both, and as much as Sig "So, they call you Concentration Camp Ehrhardt" Rumann is missed, the chemistry between Brooks and Bancroft can't be beat.

I agree. I loved the original and it is still one of my faves. But Brooks' version is good in a different way.

Great site by the way.