The first Nicholas Ray film I ever saw and I imagine is the case for many people, was Rebel Without a Cause, with James Dean and Natalie Wood. I was just a teenager who at the time was more interested in seeing James Dean. Even as a teen in the early 90s James Dean was still cool. But when I watched Rebel, it wasn't just Dean that sucked me in, it was the dramatic way the film was captured, such as the faraway camera shots and the striking camera angles, like the opening scene where the camera is looking up at James Dean lying on the ground, playing with a toy. It was the Nicholas Ray touch that made this teen drama so engaging.
Ray might not have been a Billy Wilder or a John Ford, but he had his own style that made him great and it was the auteurists who started the French New Wave that first recognized Ray's greatness. Appropriately, in college, when as a student I was expanding my knowledge of classic cinema, I discovered more of Ray's films and began to appreciate him as a director. The more I saw the more I liked Ray as a director. In A Lonely Place and On Dangerous Ground became fast favorites.
This past August marked the centennial of Nicholas Ray and to celebrate, Tony Dayoub of the blog Cinema Viewfinder is hosting a Nicholas Ray blogathon, starting today and running through September 8, 2011.  To read all the entries, visit Cinema Viewfinder by clicking here.
This is the first blogathon I have chose to participate in. The subject of Ray was just too good to pass up. As my contribution, I'm sticking with the theme of this blog so I am celebrating Ray's centennial with a look at some of the filming locations for three of his classics: Bigger Than Life (1956),  In A Lonely Place (1950), and Rebel Without A Cause (1955).
In Ray's film, Bigger Than Life, James Mason plays a father and school teacher who becomes seriously ill. When it appears that Mason's illness is hopeless, Mason becomes dependent on a miracle drug to cure him. The only problem is the drug causes Mason to go mad and he begins to scare and hurt those around him.
There are not many external film locations in Bigger Than Life, but there is one scene where Mason and his family go to a church service. That church is the First Congregational Church of Los Angeles, located on the NE corner of Sixth Street and Commonwealth Avenue in the Wilshire District. The church is the oldest continuous Protestant Church in the city. 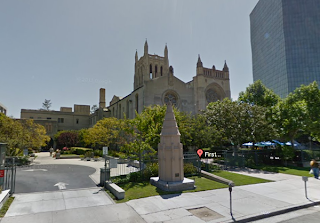 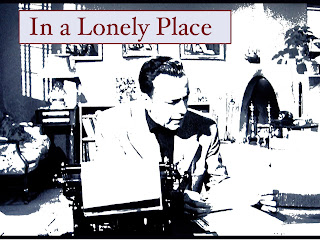 and Rebel Without a Cause. 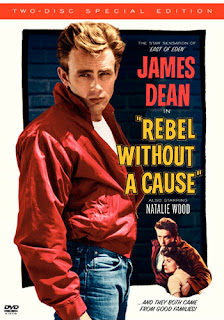 Your thoughts?
Posted by Robby Cress at 6:31 AM

love this film and reading this again has made me want to go back and watch it again, many thnks great article!

They also shop at the closed Robinson-May Department store beside the Beverly Hilton Hotel on Wilshire Blvd.