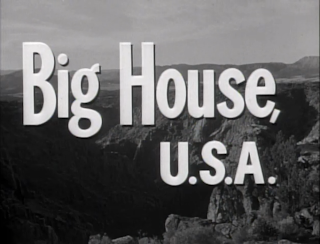 Royal Gorge Park in Colorado
The film Big House, U.S.A. (1955) has more holes in the story than a pair of fishnet stockings but the cast of characters and location photography make this documentary style prison film, maybe not irresistible, but tempting to look at. Bad boys Ralph Meeker, Broderick Crawford, Lon Chaney Jr. and a young, buff Charles Bronson headline this story set in the Canon City/Royal Gorge Park area of Colorado, but the real star of the film is the Colorado landscape.
The story starts at a Colorado camp where a young boy, the son of a wealthy father, has run away. A park-wide search for the boy begins but it's Meeker who is hiking through the park that discovers the boy first. Instead of returning the boy, Meeker brings him to an empty lookout tower where he holds the boy until he can get a $200,000 ransom. Once Meeker receives the money he buries it in the park. When he returns to the boy he finds that the boy has fallen out of the tower and died. Meeker throws the body of the boy off a cliff and goes on the lam. While leaving the Royal Gorge Park Meeker is stopped by law enforcement and brought in for questioning. The FBI gets involved but cannot convict Meeker of kidnapping so he is sentenced to five years for extortion and sent to Casabel Island Prison. It's in prison where Meeker meets Crawford, Chaney Jr., and Bronson. Together this group of tough guys plan to break out of prison and travel back to the Colorado park to dig up the buried ransom money.
One of the landmarks of Royal Gorge Park is a suspension bridge that hangs 956 feet high and spans a quarter mile across a large canyon, often referred to as the "Grand Canyon of the Arkansas River." The Royal Gorge Bridge is featured heavily in Big House, U.S.A.  The bridge can be seen during the opening credits and often as a backdrop in many scenes. 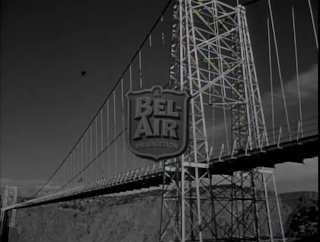 Royal Gorge Bridge as seen in the opening of the film. 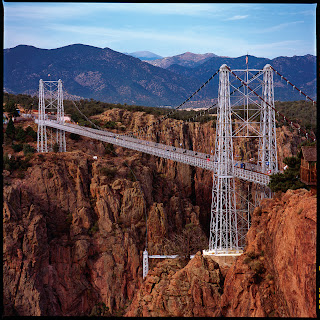 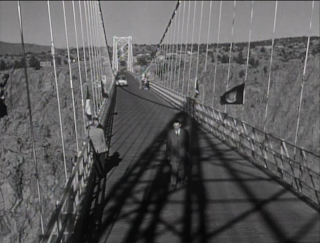 Another view of the bridge as seen in the film. 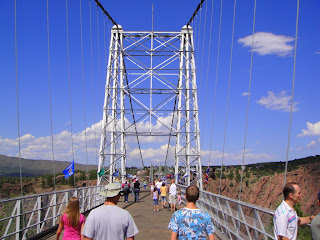 Contemporary view of the bridge from the blog Mountains Rule.
Near the bridge is a theme park with rides and a visitors center which includes shops and a restaurant. I'm sure many of the theme park attractions came along after the film was made, but there was a restaurant which can be seen in one scene. In the scene below Willis Bouchey who plays the missing boy's father is seen talking to one of the park rangers near the Royal Gorge Park restaurant, the "Royal Grill." 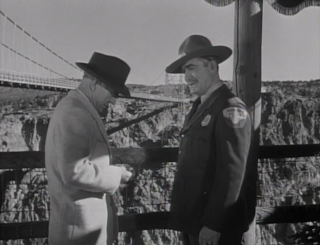 Willis Bouchey talks with a Ranger near
the Royal Gorge Park restaurant. 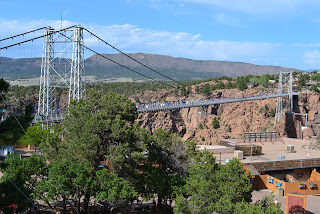 A contemporary view of the Royal Gorge Bridge looking
over the visitors center. Photo from The Romanian Dream blog. 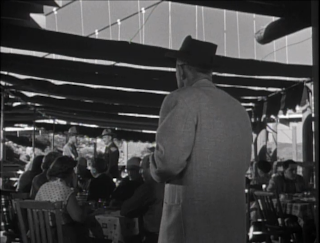 Willis Bouchey inside the Royal Grill. 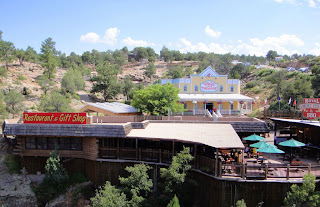 A contemporary view of the Royal Grill restaurant. 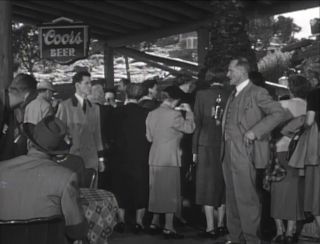 Visitors at the Royal Gorge restaurant.
During the FBI's investigation, an agent visits a shop in Canon City, Colorado where a shopkeeper is questioned about a kidnapping suspect. The shop is located on Main Street near North 5th Street. What in the film looks like a general store now appears to be Emmerson Furniture Store. 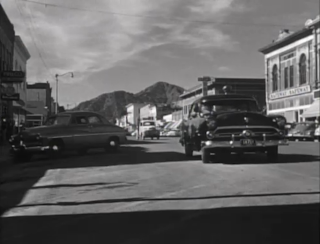 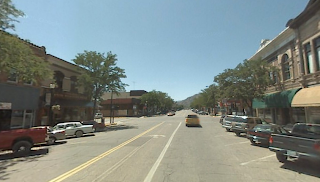 Looking down Main Street towards N. 5th Street in Canon City.
In another scene, special agent James Madden (Reed Hadley) visits a school where he tries to dig up some information from one of the students. The school is Canon City Middle School, formerly Canon City High School. The address is 1215 Main Street, Canon City. 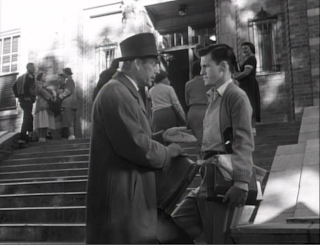 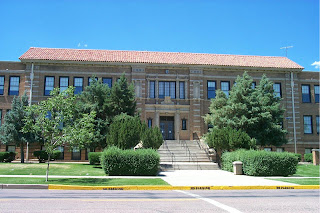 Canon City Middle School, formerly the High School.
Big House, U.S.A. will be showing on the big screen at the Egyptian Theater in Hollywood on Thursday, April 26 at 7:30pm as part of the Noir City: Hollywood, 14th Annual Festival of Film Noir. The film is the second part of a double-feature. The first film is Caged (1950), another prison film but with women behind bars. Like Big House, U.S.A., Caged features a stellar cast which includes Agnes Moorehead, Hope Emerson, Betty Garde, Jan Sterling, Lee Patrick, and Jane Darwell.
Have you ever visited Royal Gorge Park or crossed the Royal Gorge Bridge?
Posted by Robby Cress at 4:25 PM

I walked across that bridge once and it scared the hell out of me. I'm not into heights and that dang bridge moved and had cracks in it that you could see down. I wonder if they have fixed it up like.. .. better by now. :)

I'm not a fan of heights myself. A few cracks in a bridge that high isn't very comforting either!