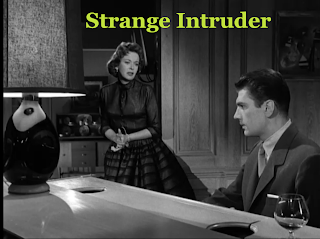 The main reason I started watching the film Strange Intruder (1956) was because it starred Ida Lupino. A nice surprise was spotting the Sierra Madre, California town square that is more famously recognizable from the original Invasion of the Body Snatchers (1956), which coincidentally enough was filmed the same year as Strange Intruder. Beyond Lupino and seeing exterior scenes filmed in Sierra Madre, the film is a bit of a clunker.

The story is about a Korean War veteran, Paul Quentin (Edmund Purdom), who promised his dying friend that he would look after his family when he returned to the United States. Purdom, however, has gone crazy and begins to envision killing his friend's kids as well as the man who was having an affair with his friend's wife (Ida Lupino). The film is very melodramatic and the tone and story feels very schizophrenic, like director Irving Rapper didn't know what kind of film he wanted to make. Lupino seems to be just going through the motions and Purdom seems like a stand-in for James Mason. Nevertheless, there are some interesting moments, notably the filming in Sierra Madre.

When Purdom is first dismissed from a Veteran's hospital and arrives in town via bus, he is dropped off at the Sierra Madre, California town square, about 18 miles Northeast from downtown Los Angeles and only 3 miles from Santa Anita Racetrack. We see the bus drive South on Baldwin Avenue and then round the corner onto Sierra Madre Boulevard heading West. At the end of the film we see him leave town on a bus from the this same location. 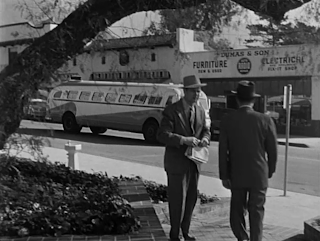 The bus heads down Baldwin Avenue. 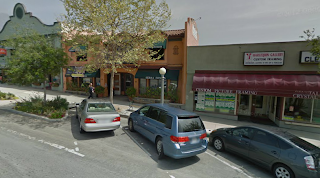 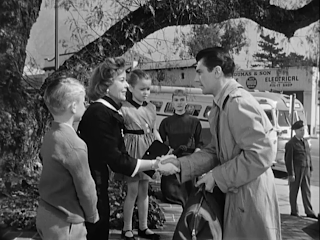 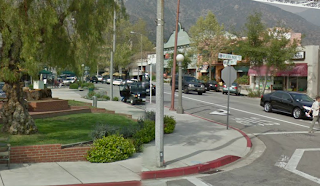 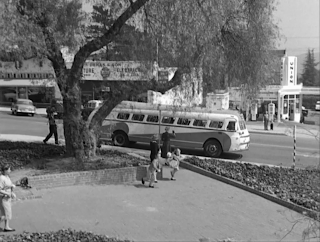 In this view we see what was then a Union gas station. 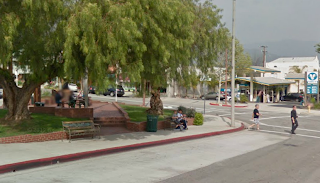 Now on the corner is a Valero gas station. 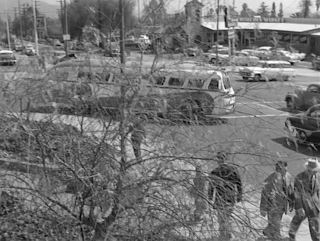 The bus turns from Baldwin Ave on to Sierra Madre Blvd.

As the bus turns the corner from Baldwin Avenue on to Sierra Madre Boulevard we get a glimpse of a market in the background. The market building is still standing but in the yellow triangle you will see that the adjacent building at the end has been torn down and is now the site of a parking lot. 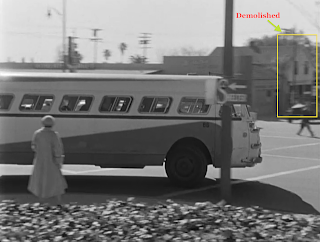 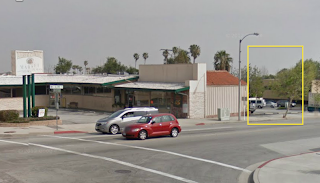 The adjacent building is now a parking lot.

Once the bus is on Sierra Madre Boulevard we see that the first building on the Southwest corner is also demolished and is now a parking lot. 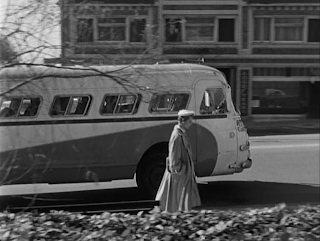 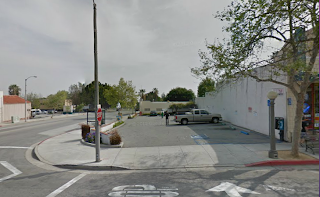 The site of the building is now a parking lot. 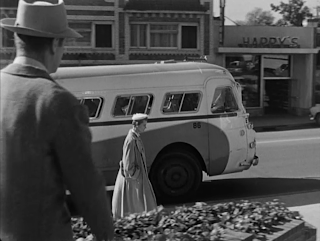 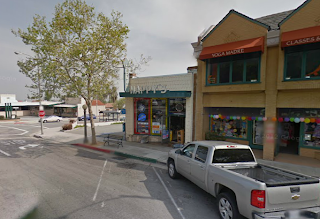 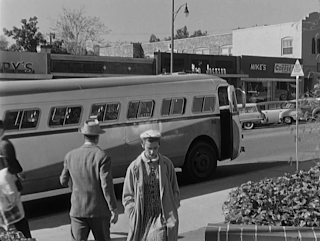 The buildings next to Happy's have no 2nd floor. 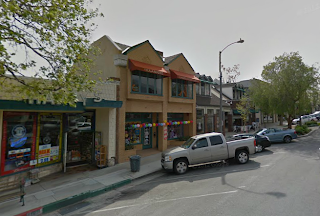 A second story has been added to the buildings next to Happy's. 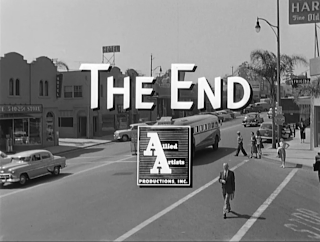 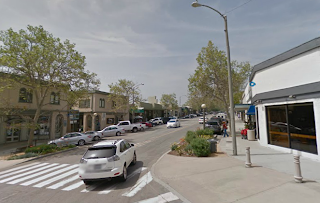 I don't believe Strange Intruder has had any official DVD release but it is currently available for streaming on Netflix.

Great before and after pix, as always, Robby. Too bad the film is a clunker -- the idea sounds good. But as we know it's all in the execution, ideas are a dime a dozen. Still, I might have to check it out and fill a hole in my film viewing education. -- Paul

I know, I think the idea for the film is great. I think it could have been an excellent thriller. I would like to have seen how this film might have turned out if the filmmakers had another go at it, or if the project was produced by someone else.

Okay, I watched it via Netflix. And you're right: "clunker" is the word. It seems like half of it might have been left on the cutting room floor. Yeah, the guy is nuts and suffering PTSD/shell shock/combat fatigue...but it still didn't make sense to me that he starts to push the kids' heads under the water. He feels a debt to Adrian, so why would he want to hurt Adrian's kids? And that fight with Howard (I think that was his name) was just silly. And it was excruciatingly sow. I'm not someone who needs the fast pace of today's movies, but this was way too slow. Still, seeing the locations was great and your B4 and after pix are great. I have friends in Sierra Madre so get there sometimes and I'll be looking at it more carefully next time I go. Again, it could have been an interesting, entertaining and thrilling story...but it wasn't. -- Paul