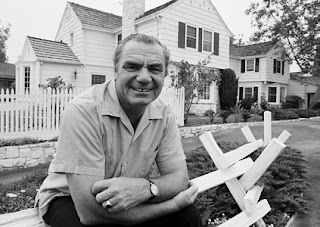 Ernest Borgnine in front of his home in 1969.

The longtime Beverly Hills home of Oscar winning actor Ernest Borgnine is currently for sale at $3.395 million. Borgnine lived in the house for six decades. Pretty impressive when you hear so many other stars constantly buying and selling houses. The home is located at 3055 Lake Glen Drive, in the Beverly Hills Post Office area, on a 1/2 acre lot above Mulholland Drive, and has views of the San Fernando Valley.

The home was designed by architect L.G. Scherer in 1938 with a Country English style. The house has a formal entry hall, large spacious living and family rooms that open up to a swimming pool, a library, office, den, breakfast, room and kitchen. There are six bedrooms and seven bathrooms, plus a one bedroom guesthouse. For more details on the house visit the official real estate listing.

As I've mentioned with other classic Hollywood homes that have gone on the market, I only hope the buyer maintains the integrity of the house. How great would it be to start your day by having breakfast in the same kitchen as a Hollywood icon like Borgnine or doing some reading in the same den? 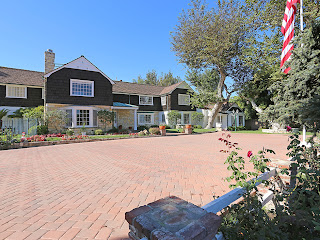 The front of Borgnine's home as it appears today. 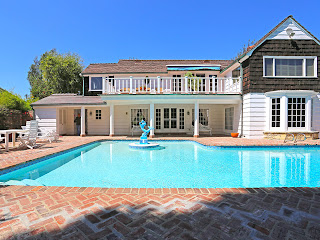 A view of the swimming pool. 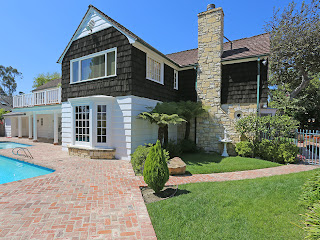 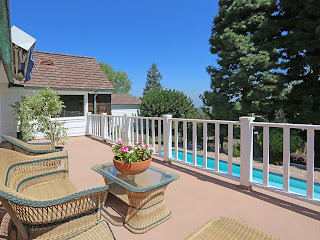 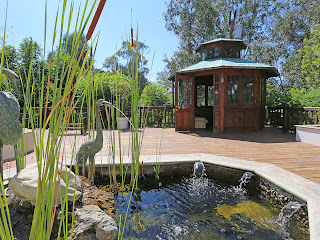 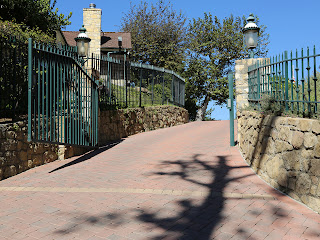 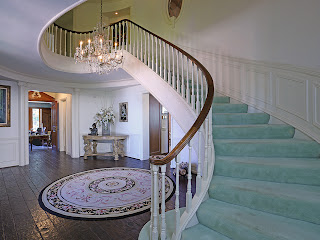 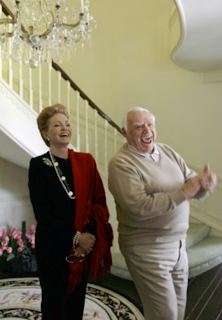 Borgnine and wife Tova Traesnaes by the stairwell. 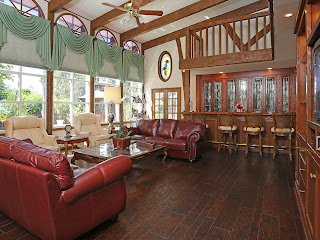 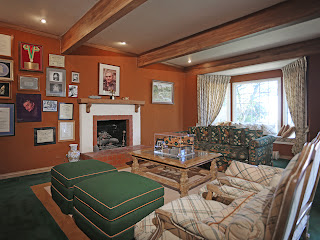 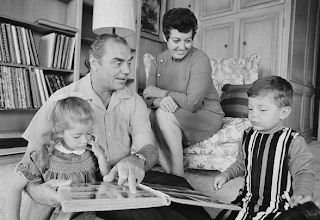 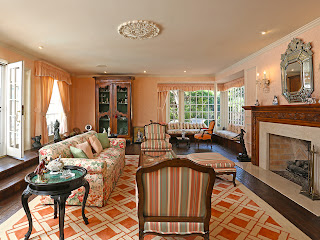 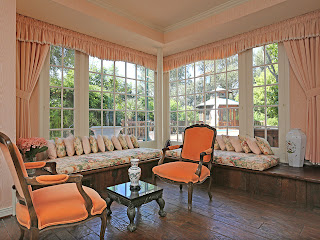 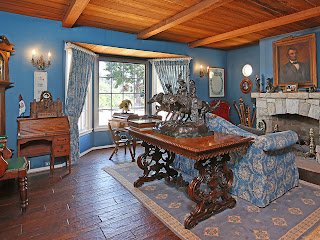 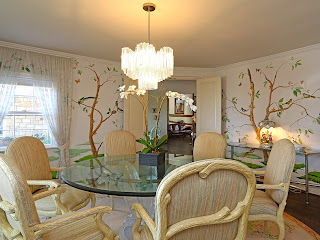 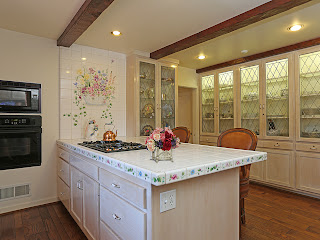 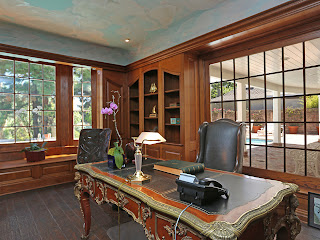 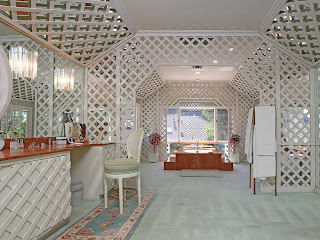 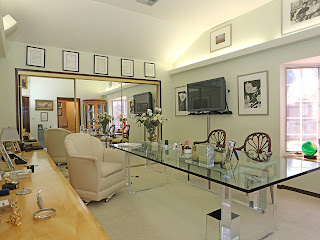 Borgnine passed away in July at the age of 95. Although it doesn't normally come as a shock if someone dies and they are 95 years old, I was a bit surprised when I heard that Borgnine had died. I had seen him a year earlier at the Egyptian Theatre in Hollywood when he did a Q&A with TCM host, Ben Mankiewicz, as part of TCM's "Road to Hollywood" series. I have some video clips of Borgnine that day you can see here. Borgnine was so energetic and appeared like one of those guys who still had at least a few more years ahead of him - like a Bob Hope or George Burns. The much younger Mankiewicz even joked that earlier in the day he was having trouble keeping up with Borgnine.

What are your thoughts on Borgnine the man and his home?

Mrs. B didn't waste any time putting this up for sale.

Wow, what a gorgeous house and grounds! I'd take it!! LOL.

This is a stunning house. I'm impressed that he lived there for so long, given the real-estate tendencies of the modern Hollywood set.

Wow! I am so impressed that my beloved Ernie lived in that home for so long. He must have really truly loved the property and felt comfortable there. It's a gorgeous house! Thanks for sharing the photos.