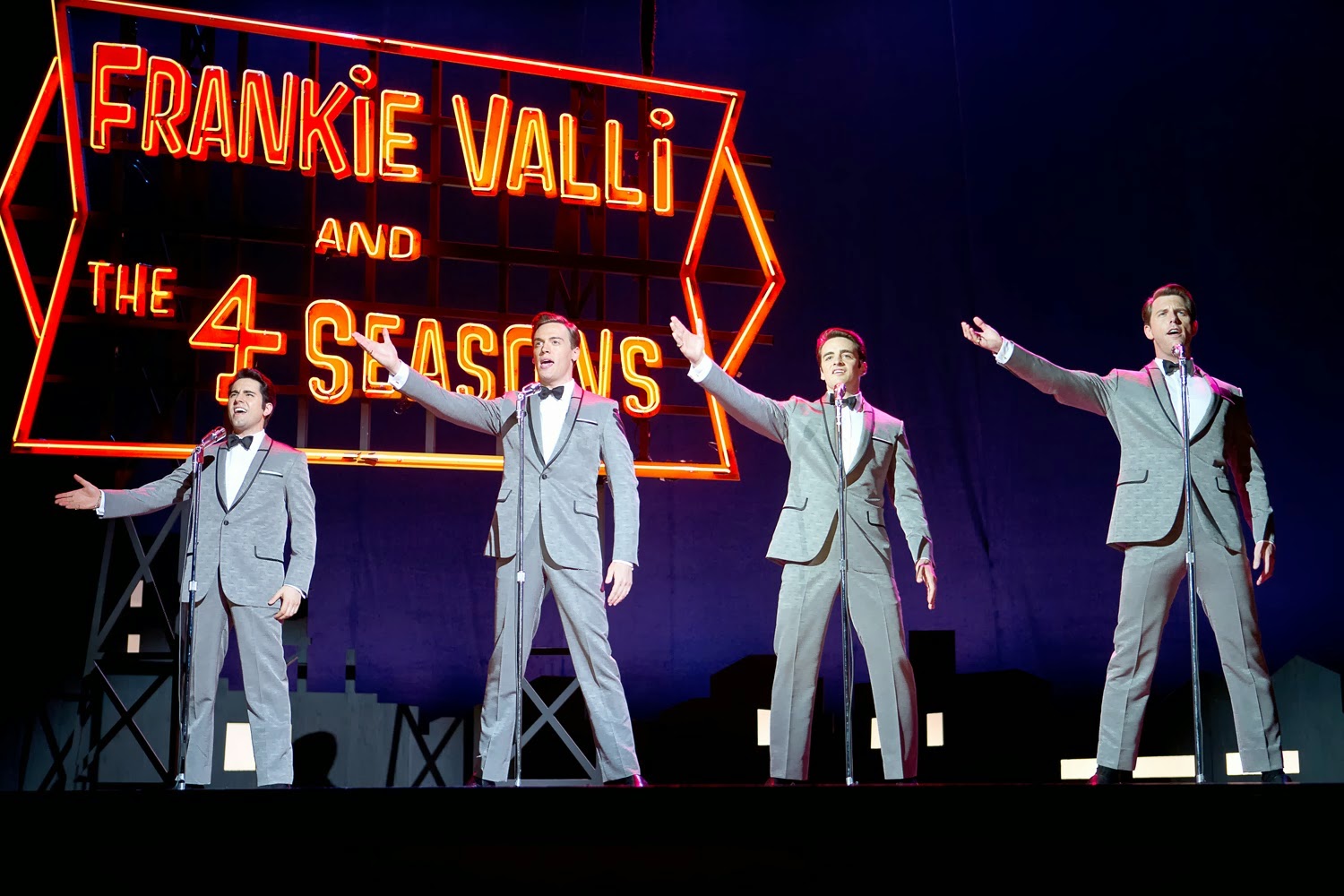 Jersey Boys, the hit Broadway musical about Frankie Vallie and the Four Seasons, is getting the cinema treatment. The film version, directed by Clint Eastwood and starring Christopher Walken and Vincent Piazza, hits theaters on June 20, and a new trailer was released today. One thing I spotted immediately in the trailer was a scene that was clearly filmed on the Warner Bros. New York Street backlot set in Burbank, California.

The below screenshot was taken from the trailer. As the movie has not yet been released, I don't know exactly what is taking place in the scene, but it looks like the band must be arriving to perform at a concert. Notice how with a little movie magic the film designers were able to change the background to appear differently from what the actual background looks like. If you go see this movie in theaters, keep your eyes open for this scene. 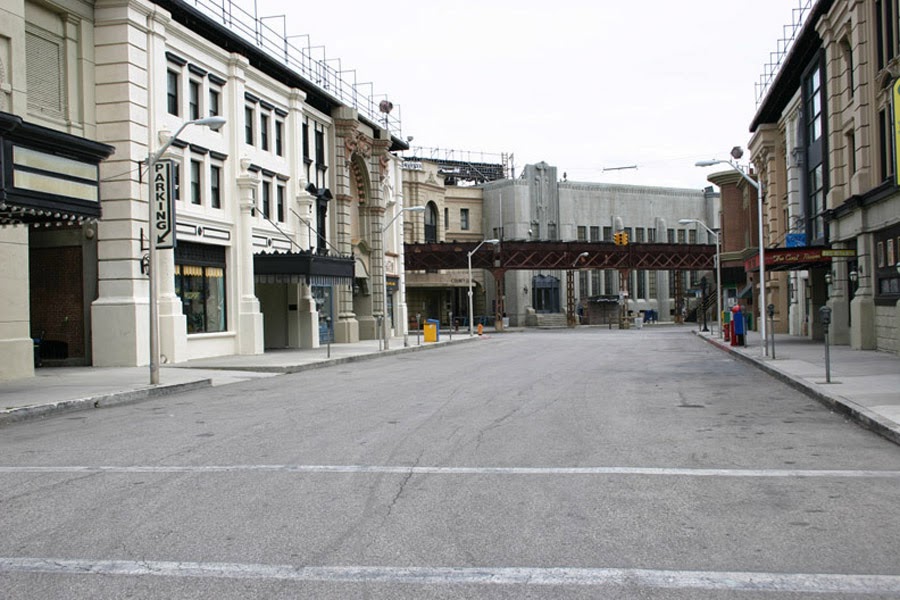 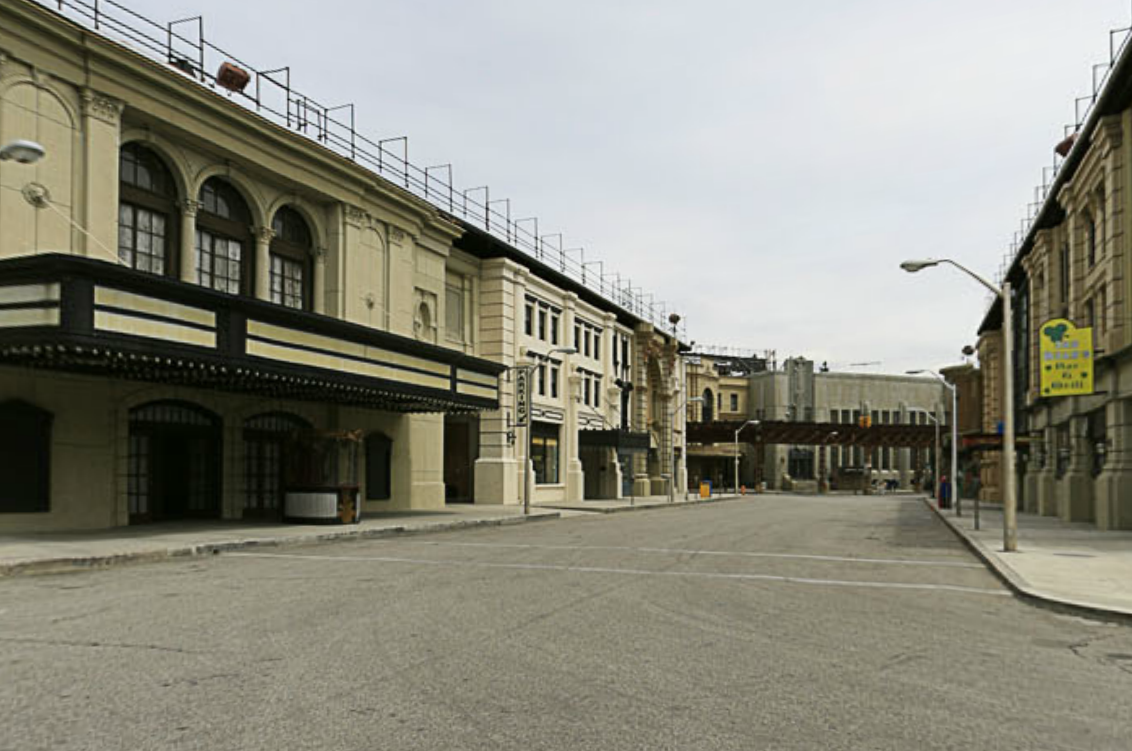 Below is the full trailer for Jersey Boys. I must admit, when I first heard that Clint Eastwood was directing a musical I was a bit skeptical, but the trailer looks interesting and I'm much more excited than I was before.

So what do you think of this upcoming film?

All images (c) Warner Bros.
Posted by Robby Cress at 9:11 AM