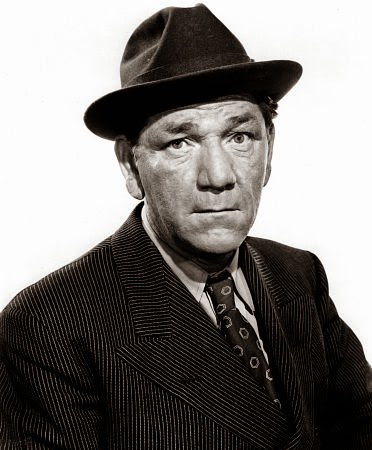 Shemp Howard of The Three Stooges.

Toluca Lake, a tony neighborhood located partly in Burbank and Los Angeles in the San Fernando Valley, has long been a favorite place to live for Hollywood celebrities, including Bob Hope, William Holden, Frank Sinatra, Ann Sheridan and many others. Part of the appeal of Toluca Lake is the small town village feel. The primary commercial street in Toluca Lake, Riverside Drive, is like an Eisenhower era main street filled with little shops. The quiet tree lined residential streets look like they belong somewhere in Middle America, not minutes from the energy of Hollywood.

One of the best descriptions I've seen of Toluca Lake comes from Sandie Howard (granddaughter to Shemp Howard of The Three Stooges). In 2012, Howard wrote a post on the Los Angeles Times website in which she reminisces about growing up in Toluca Lake. Howard describes the shops, the homes,  and what life was like as a child in this celebrity hood. I thought Howard's description was a charming read. Here's what she wrote:


"Toluca Lake. I was born and raised as 3rd generation in our house. Born in 56' and resided there til 81. Grandparents, Babe and Shemp Howard bought this home at 4604 Placidia Ave. My grandpa was Shemp, the original of the Three Stooges. Our home was on the corner of Placidia and Sara St. They lived there from the 40's -mid 50's. They had chickens, a Victory Garden. My grandfather owned a gun only to use on pesty Gophers that would steel all the carrots. My dad bought the home shortly before I was born. We didn't have air conditioning nor a pool for many years. 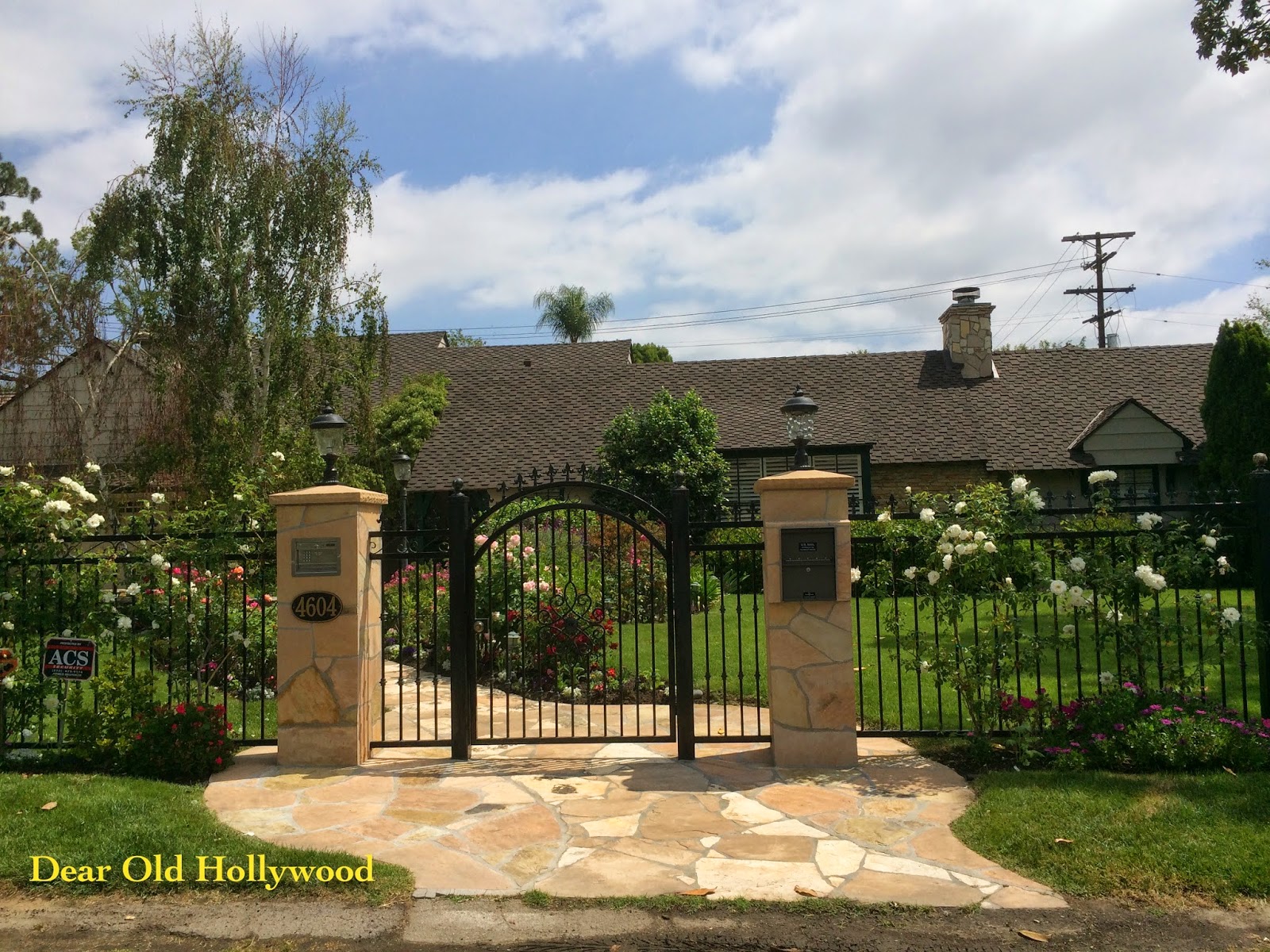 I recall the fwy being put in. Stayed cool by sprinklers, Water Wiggles, Slip and Slides. All the kids played together. Boys and girls, roller skating, riding bikes, having flour fights. We walked the back wall to get to friends houses regardless of being scratched or cut up by brush and bushes. Toluca Lake kids on Saturdays would spend much time on Riverside Dr. at Pop and Cork for a 'BigStick Popsicle then to The Five and Dime to play with all the open tables of toys. We'd walk through the T.L. Pharmacy where we were not allowed to touch anything. The T.L. Market where you could actually pick up the phone and order your groceries and have them delivered. Bob's Big Boy's car hops to see rollerskating waitresses. Patys for the big Pineapple and Marshmallow syrup. The Pancake House syrups. The Little Green Store on Camarillo. It was safe! Neighborhoods of Walnuts, Birch and Magnolias. 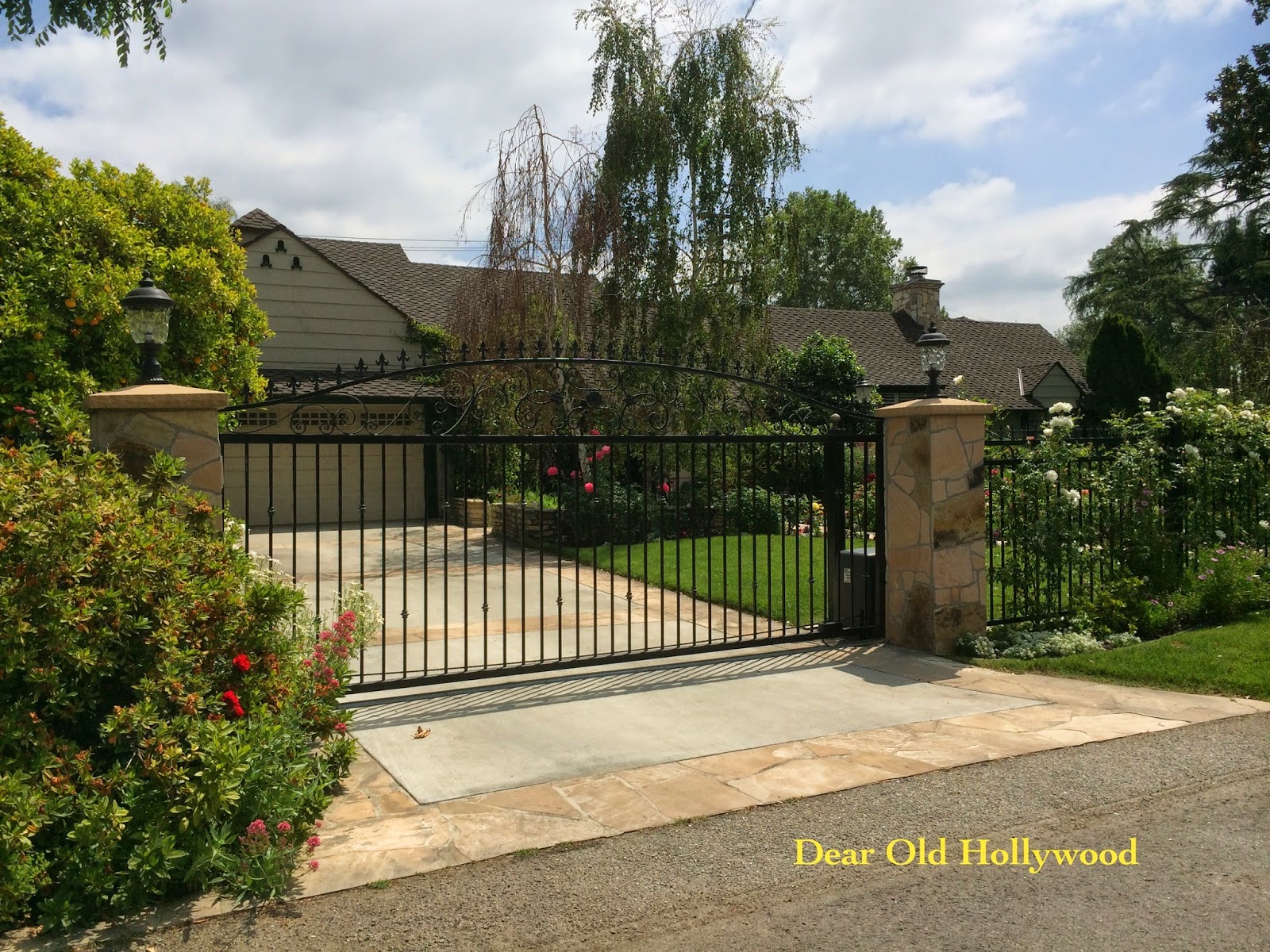 The Rock on our lawn was the meeting spot for the kids. A mom would call and the friend would run home. I listened for the St. Charles Church bells at 6:00pm. T. Lake. Safe, quaint and well kept neighborhoods. Jill and I both had our weddings in our backyard. Doors of the house were only locked by Skeleton Keys. We had many varieties of fruit trees from Satsuma Plums to Kumquats. At 23, mom leased the house to Denzel Washington then sold it to him. I was crushed not to have an affiliation to that neighborhood anymore. I honestly thought someone in the family would be in that house, in Toluca Lake forever. I make a point to drive through the neighborhood still. I want to go inside to see my house but I don't have the nerve - yet. Toluca Lake is still quaint today. Still close with a couple of kids from the blocks. Many of businesses are still thriving. If you can raise a family in T.L. you are blessed." 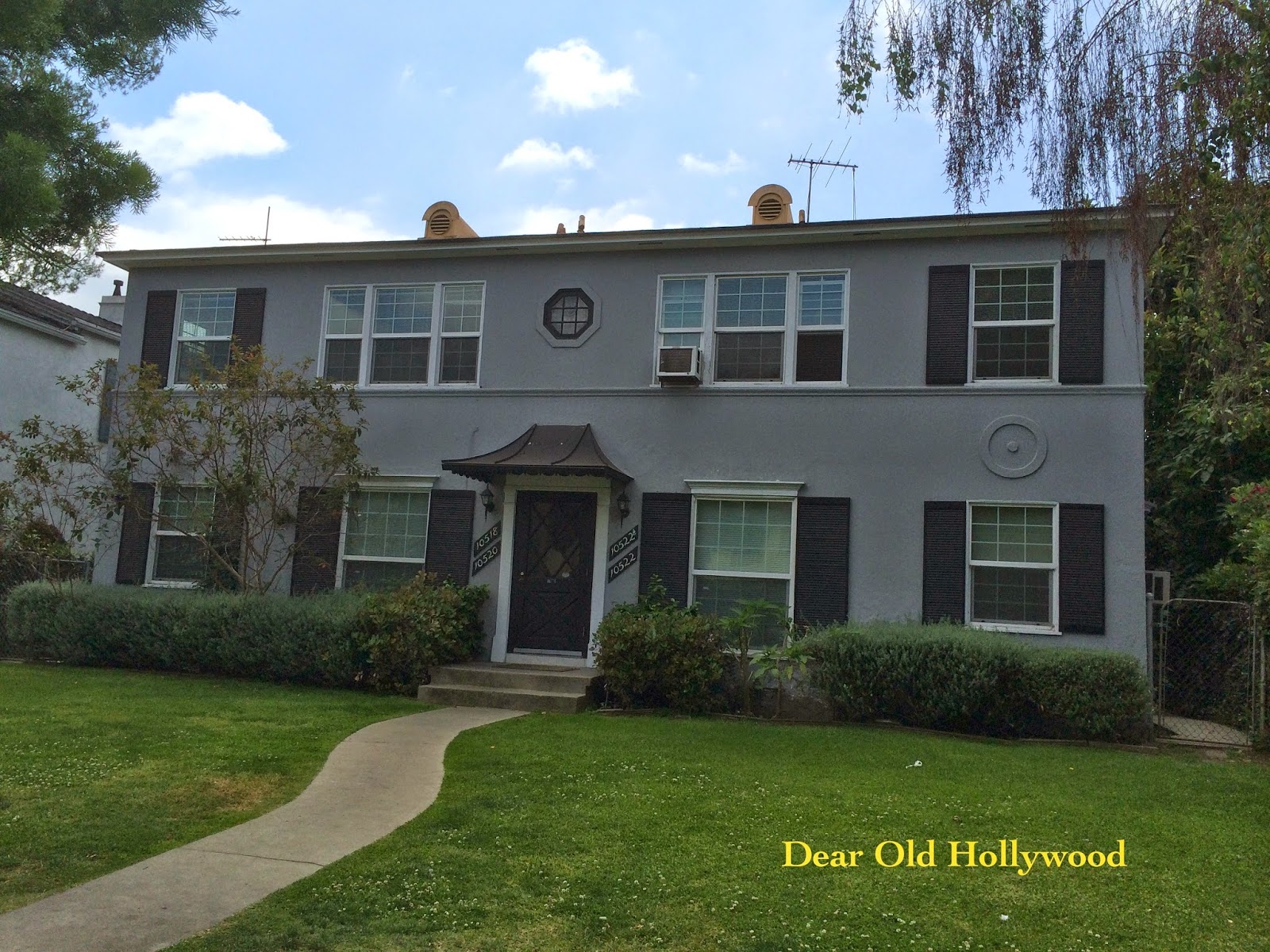 In addition to the home at 4604 Placidia Avenue, Shemp Howard also lived with his wife Gertrude in an apartment building at 10522 Riverside Drive. According to findadeath.com Shemp was living at this address at the time of his death. On November 22, 1955 Shemp had a heart attack on his way home from the fights. He died later on the way to St. Josephs Medical Center in Burbank. He was just 60 years old. I was once told that this apartment building, just like the house on Placidia Ave. was also later owned by actor Denzel Washington.
Posted by Robby Cress at 9:17 AM

Totally fantastic work. I am aware of the Howards' presence in Toluca Lake (man, they were everywhere!) but I always love finding new sites. Thanks for the Stooge info!