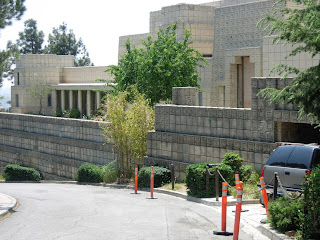 Welcome to my new blog Dear Old Hollywood! This first blog entry was previously seen on another version of Dear Old Hollywood but I thought it was interesting enough to bring over to the new version of the site. In the next couple of weeks I will be posting many more stories and videos so please do check back. -


On May 8th, 2007, a great fire engulfed 817 acres of the 4,210 acre Griffith Park, a park situated on the eastern portion of the Santa Monica Mountains, located in the Los Feliz area of Los Angeles. Although, Dante’s View and Captain’s Roost were destroyed, many of the parks attractions such as the Greek Theatre, Griffith Observatory, and the LA Zoo were fortunately not damaged by the fire. Another attraction that movie buffs will be relieved to hear was unharmed by the Griffith fire is the Ennis Brown House.
The home, a Mayan themed concrete block building designed by Frank Lloyd Wright and completed in 1927, has been used multiple times in both film and television. Because of the buildings unique design and lustrous views of Los Angeles, it has always been an attractive location for filmmakers. The building’s most famous role was as the title role in the 1959 horror film, The House on Haunted Hill. It is in this mansion that Frederick Loren, played by the always eerie B-movie star Vincent Price, invites his guests to spend the night, locked inside. 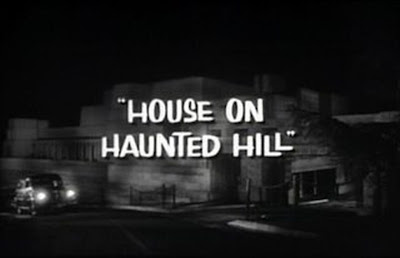 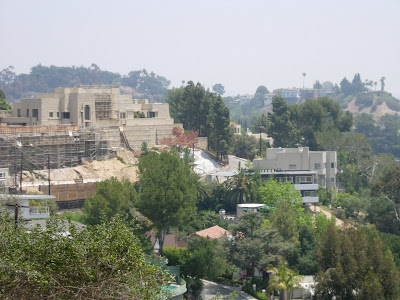 Looking at the south side of the home you can see that although the house was unharmed by the Griffith Fire, the structure is still in great danger of becoming extinct. The building is structurally instable and many of the concrete walls and blocks have either cracked or completely fallen out. The house is on the National Trust For Historic Preservation’s list of the 11 Most Endangered Historic Places.

Below is a photo of the home’s north view. You can see how scorched the whole mountain top is. 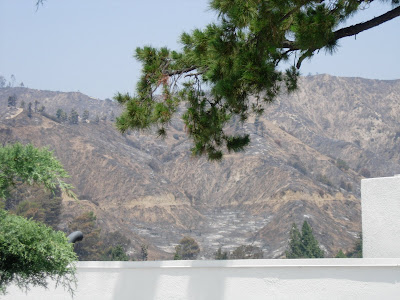 If you didn’t see the footage of the fire then take a look at this YouTube video that a spectator has captured. You see that white building at the top? That’s another popular filming location, the Griffith Observatory.

In addition to House on Haunted Hill, the building was also the mansion to Claude Estee, in the 1974 film, The Day of the Locust, as Harrison Ford’s pad in the 1982 film Blade Runner, and more recently as the home of the character Angel on the TV series Buffy the Vampire Slayer. There are numerous other projects that have also used the Ennis Brown House. 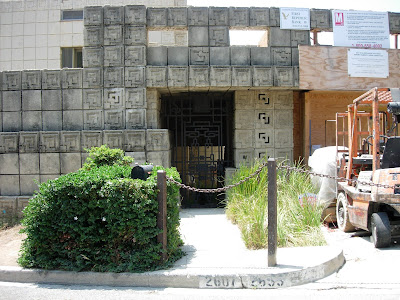 Hopefully, this amazing building will be able to be restored so that future generations can view the unique Frank Lloyd Wright building. And, for Hollywood’s sake, to be able to continue using a gem of a film location. If you would like to learn more about the preservation process or general information about the the Ennis-Brown House, you can visit the official website here.

Your thoughts?
Robby Cress
Posted by Robby Cress at 3:44 PM

Good to see you up and running again. You will have to put a link or transfer stuff over from your original site too. Always loved your post, they are so interesting.
Bill

Great structure! Am watching "house on hh" right now for the umteenth time.structure is very 'tomb like'.I hope they can preserve it !