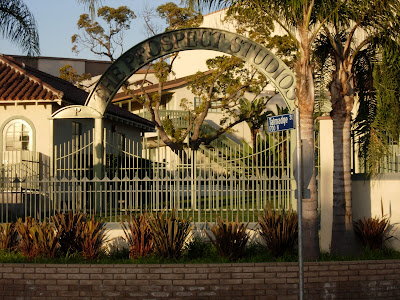 One of the first major movie companies, Vitagraph, is one that is hardly remembered today. Vitagraph was started in 1896 by two vaudeville comedians, Albert Smith and Stuart Blackton in Brooklyn, New York. The two comedians created films that they incorporated into their live acts, but when the films became more popular than their acts, the two actors invested themselves fully into the motion picture business. Like most film companies that started on the East coast Vitagraph would open a West coast location. The new Vitagraph Studios was opened in 1915 in the Los Feliz neighborhood of Los Angeles at the corner of Prospect Avenue and Talmadge Street. The lot can be seen in the forefront of the photo below. 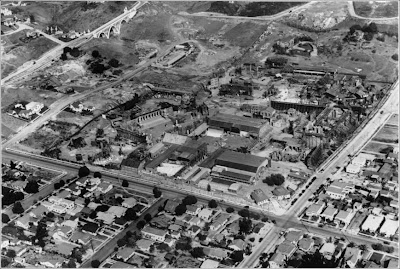 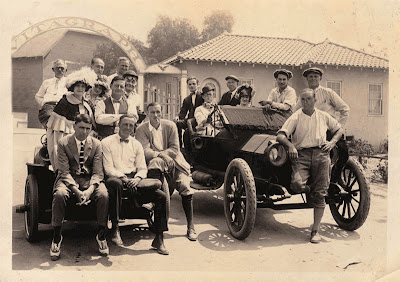 When the Vitagraph Studios first opened there were 2 daylight soundstages, exterior sets and support buildings. Some of the first stars to work at this facility included the silent legends Clara Kimball Young, Wallace Reid, and even a pre-Hardy Stan Laurel. By 1925, Vitagraph was having financial troubles and would eventually be bought by Warner Bros. then a fast growing new motion picture company.
Warner Bros. already had a West coast studio located in Hollywood on Sunset Boulevard so the Vitagraph lot, now known as the Warner East Hollywood Annex, was used for the additional space. Many Warner Bros. films were shot at this lot from the mid-twenties to the late-forties. Some of these include The Jazz Singer (stage 5 is where the shot the interior club scenes), Public Enemy with James Cagney, and The Gold Diggers of 1933 with Ginger Rogers and Joan Blondell. 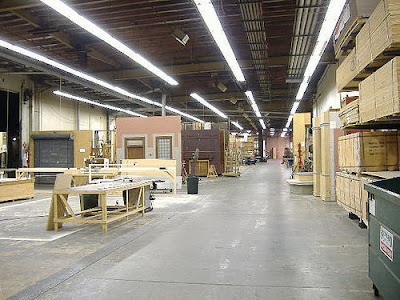 Mill Building where sets are constructed. Photo (C) Peggy Archer
In 1948, the studio was bought by the American Broadcasting Network and then became known as ABC Television Center. Under the ownership of ABC many popular television programs were filmed here including the game shows Let's Make a Deal and Dating Game, variety shows American Bandstand and the Lawrence Welk Show, as well as the long running soap opera General Hospital.

In 1996, ABC became part of The Walt Disney Company and around 2000 renamed the studio The Prospect Studios. Disney, like Warner Bros. mainly uses this lot as an annex studio. Probably the most popular program being filmed here currently is the TV show Grey's Anatomy. Below is a picture of Seattle Grace Hospital from Grey's Anatomy as seen on the Prospect Studios lot. 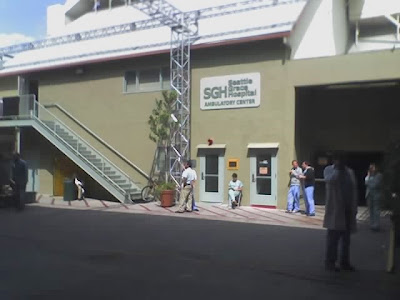 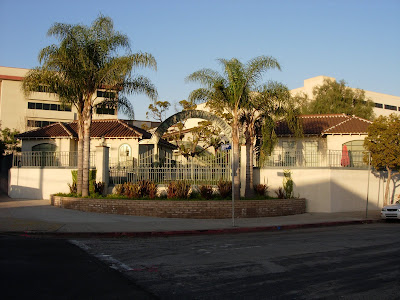 Disney Trivia Note* At the Disney's Hollywood Studios (formerly Disney-MGM) theme park in Orlando, Florida there is a reference to the Prospect Studios. As you enter this theme park the very first cross street that you come to is Prospect which intersects with Hollywood Blvd. In reality, these two streets never cross.

It's hard to believe they were making movies back in the 1890's. Are any of there films still around? So many of those first movies have been destroyed or just disintegrated. Glad to see Disney is keeping the studio going.

Love this post. THANKS! There are so many small studios from the silent era just waiting to be dug up. I saw a vacant lot on Seward N of Melrose recently and wonder if there was ever a studio there. I will bring my shovel if you will!