Sex and the Single Girl
A couple months back Raquelle over at Out of the Past - A Classic Film Blog, posted a critical review of the Tony Curtis and Natalie Wood film, Sex and the Single Girl. She was completely spot on when she said this film is "ridiculous to the point of being just plain stupid." I won't go into reviewing the film, for a review you can check out Raquelle's post, but I will share the only thing I really did find interesting about Sex and the Single Girl, and that was spotting some of the film locations.
The film also stars Lauren Bacall and Henry Fonda as husband and wife. Towards the end of the film, Bacall goes to a police station where Fonda is being held. That police station was part of the Warner Bros. backlot. In the below screenshot Bacall is facing the facade of the  police station and behind her is a park-like space. By the way, that same stretch of green would also be used as "Central Park" in the television show Friends. 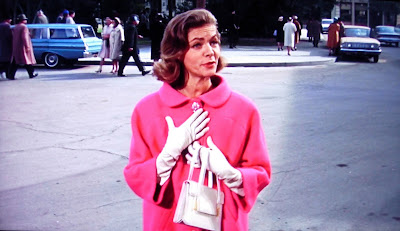 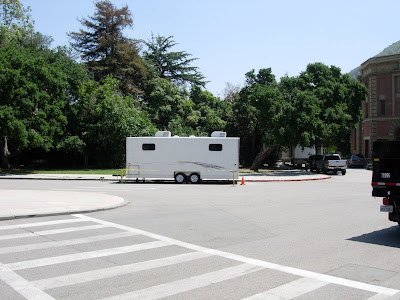 Warner Bros. Backlot (April 2010)
Here is another shot of the same location. 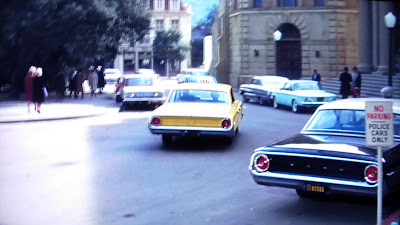 Henry Fonda gets away in the taxi. 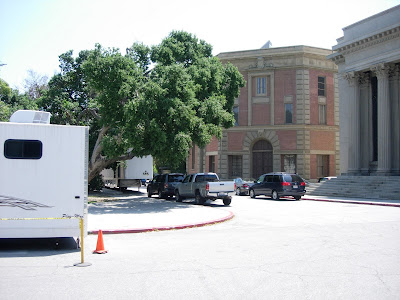 Warner Bros. backlot. (April 2010)
You can also see this same area of the Warner Bros. backlot in my post on The Omega Man (1971) film locations.
Henry Fonda's character sells women's nylons and the business he works at was also located at Warner Bros. but it was not on one of the backlots. It was one of the regular buildings dressed up to look like a business. 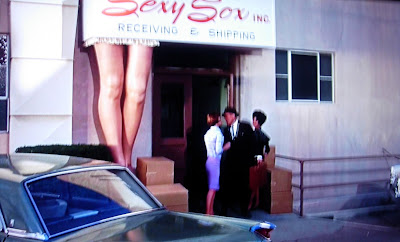 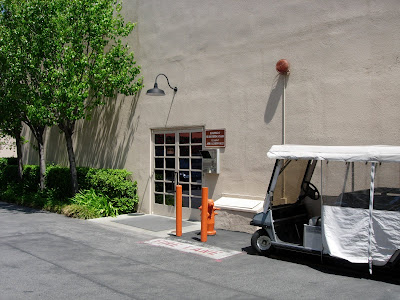 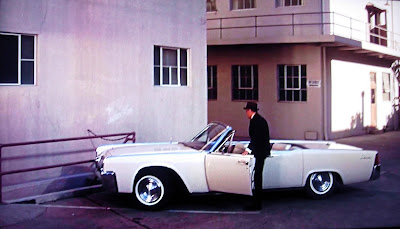 Fonda getting into his car and leaving Sexy Sox. 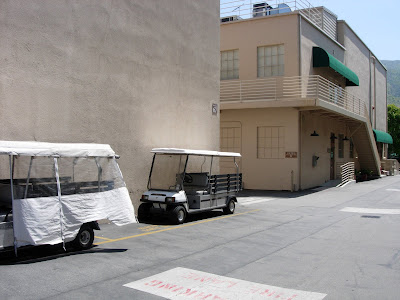 Same location at WB as it appears today.
This location can also be seen in my post on A Star is Born (1954). You can check it out here.
The end of the film culminates into a big chase scene that ends at Los Angeles International Airport (LAX). Below are a couple images from the airport scenes. 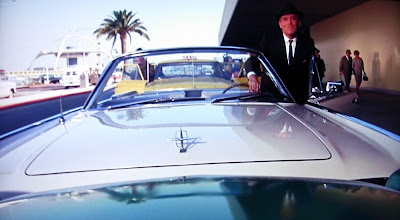 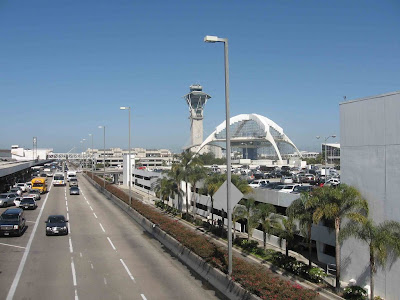 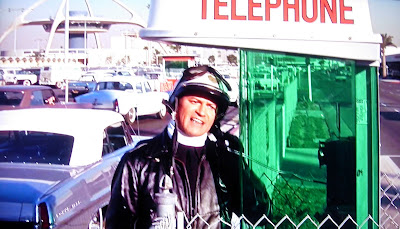 Police officer calling for back-up.
Posted by Robby Cress at 9:55 AM

I didn't care for this movie either, but very, very cool to see these photos and locations - great work!

I really enjoy your location posts! You're great when comparing the pictures so one can see the similarities even from Sweden ;)

Lolita, glad you enjoy. Hope your classes are going well - how I wish I could be a student again!

Love the pics, your blog is so unique! we'd love it if you check us out too :)

Robby Cress, your blog is excellent. These articles of locations are very valuable.

I love the comparison pics. I recently watched this movie, And yeah it wasn't a great movie, but it was in HD on Netflix, and I love movies from the 60's that have that cool "Mad Men" type vibe.

I have been trying to figure out the location of the pier in the film where Tony Curtis and Natalie Wood fell into the water (I got a weird feeling watching that scene considering that is pretty much how Wood died). Didn't look like Santa Monica to me. Any ideas? Keep up the great blog!

These photos are awesome! Glad I stumbled on your blog!

Thanks so much for all this interesting info. I have always been interested in the locations for Sex & the Single Girl." The cast all looked like they had alot of fun making it. It should be enjoyed as it was made; PURE CAMP.