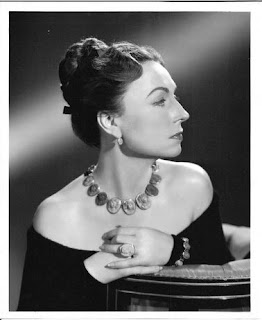 Agnes Moorehead
Agnes Moorehead is probably best remembered as the meddling mother and witch, "Endora," on the hit 1960s television series Bewitched. But, long before Moorehead's memorable role on TV, she had a successful career as a stage, radio, and character film actress.
Moorehead was one of Orson Welles's Mercury Theatre performers on radio - one of the most infamous radio groups. When Welles went to Hollywood to film his iconic first picture, Citizen Kane, Welles cast Agnes as Kane's mother. Welles then cast Moorhead in the major part of "Aunt Fanny" in his next film, The Magnificent Ambersons, long considered one of Welles's forgotten masterpieces. This led Moorehead to many stand-out character parts on film. After Welles was ostracized by Hollywood, Moorehead would always stand up for him.
In between making films, Moorehead continued to work on the stage and as a star radio performer. During the 1940s, Moorehead starred alongside Lionel Barrymore on the hit radio show Mayor of the Town. First aired by NBC, Mayor of the Town, later moved over to CBS, broadcasting from their studio located at the northwest corner of Sunset Boulevard and Gower in Hollywood. 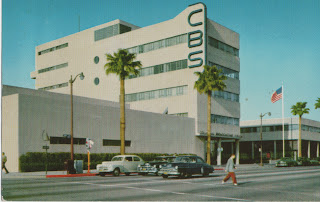 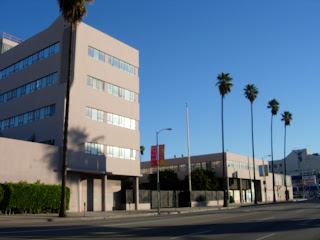 Former CBS Studios Site (2010)
Mayor of the Town was set in the fictional Midwestern town of Springdale and dealt with everyday issues. Barrymore played the tough on the outside, soft on the inside mayor, and Moorehead played his housekeeper.
On Thursdays, the actors would get together to do a read through of the script which would be followed by a second read through with microphones and to time the sound effects. The show aired on Saturdays in front of a live studio audience. As was customary for the day, the actors performed the show at 6pm to be live for the east coast at 9pm, then the actors would perform the show a second time at 9pm to be live for the West Coast listeners. 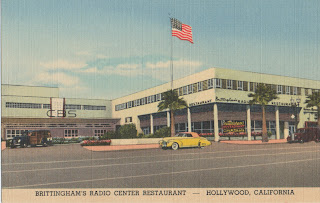 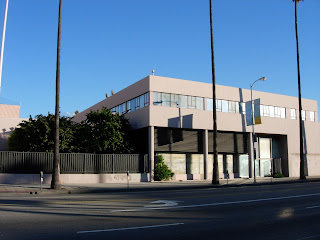 Former Brittingham's Radio Center Restaurant Site (2010)
In between shows the cast would do whatever they wanted to do. Often they would run to Brittingham's Radio Center Restaurant located on the lower level of the CBS complex. CBS Studios no longer operates in this complex and the Brittingham Restaurant no longer exist, but fortunately, because of some vocal preservationists, the building still stands, although vacant at the time.
The vintage photos above are from my postcard collection and I always like reading the messages on the back of the old postcards. Here's the message from the back of the CBS postcard which was sent to a Mr. & Mrs. Blake in Seattle in 1955:
"Hi Kids, Having a fine time and enjoying some nice weather [this was written in January]. After a quiet spell of not so good. Spent yesterday in Hollywood and saw some radio and T.V. programs put on the air. Will be leaving here tomorrow to go to Arizona. Expect to see your folk in just a few days. Love from us both, Mora & Ward."
I wonder what radio and TV programs Mora and Ward got to see back in 1955!
Posted by Robby Cress at 9:25 AM

Mora and Ward may have seen me! Sure, I was only a kid, and on the chubby side, perhaps in a Cub Scout uniform. Riding in my parents' Chevy on the way back from getting ice cream at Carnation's.

The great Agnes Moorehead--she was truly a gifted performer. I don't think there has ever been a better character actress in the business.
Check out Agnes in "Dark Passage" with Humphrey Bogart and Lauren Bacall.

I've never heard Mayor of the Town. I'm a huge fan of Ms Moorehead's radio work. I wish she was remembered for it instead of Endora. Some of my favorite Morehead roles include: Margo Lane on The Shadow, the woman in The Lodger with Peter Lorre, and of course her infamous role in Sorry Wrong Number (one of the best radio plays of all time)

hey Robby, we're two guys from Barcelona, Spain, who read your blog almost daily. We're a great Hollywood biz fans and we found amazing your work, to get more info on that industry. We've been almost 10 times in LA, most while the Oscar week, 'cause we are excited with all this stuff. We dream to move to LA, but we don't work in film industry and we have all the immigration problems!!
We look forward to meet you in our next visit to LA...
Great job!!
Thanks

Robby - Such a great post! This building is one of the highlights of the historical walking tour I perform.

The spectacular Columbia Square complex was opened on April 30, 1938. It was the most expensive broadcast facility ever built for it's time. Bob Hope hosted a special evenings' program with a nation wide hook up as a tribute to the new gem and quipped that it "looks like the Taj Mahal with a permanent wave." Next door to Brittingham's was Sidney's Ltd., a gentleman's clothing store owned by Director Mitchell Leison, and next door to that (on the eastern most corner of the complex) was a branch of the Bank of America.

And prior to CBS, of course, it was the location of Nestor Films, the first picture studio in Hollywood.

Ok, that's enough of my commercial for felixinhollywoodtours.com !!!

Must have been pretty exciting being around Hollywood back then. Even though you were a kid, I'm sure you got some great memories.

I totally agree. I think it is great that people remember Moorehead for her role as Endora, but I wish they also remembered her for her radio work, which was really a major part of her career.

Thanks to you both for being regular readers and I'm happy to hear you enjoy the blog. I've actually been to Barcelona and consider it one of my favorite cities I've travelled to - such a beautiful place - and the food! I miss the delicious ham and sangria! I hope you are able to make it back again to LA.

Thanks for the kind comment and for sharing the link. After the craziness of the holidays, I would like to touch base with you sometime to talk more about your tours (and Hollywood in general).

That would be swell Robby.

I believe Moorehead did "Sorry, Wrong Number" on "Suspense" seven or eight different times, so popular was that episode. And while Barbara Stanwyck is one of my all-time favorite actresses, I'm sorry Agnes didn't have the opportunity to reprise her role in the screen version.

great post! :) it's nice to see the buildings haven't changed too much from the postcards. and speaking of the postcards- i love reading old messeges on old post cards- i always get the itch to go drive by the address if the recipient is local. :) hehehe...

Is this the CBS Studios where Playboy After Dark was filmed?

The Hollywood Hills Vacation Home Rental company I work with, The Lux Group, owns one of Orson Welles old properties - The Hollywood Classic Villa. You can check it out at www.luxpads.com or www.hollywoodclassicvilla.com ... Great staying in a piece of Hollywood history! Love your blog. Keep it up :) Best, Anna.