The Source Restaurant/Annie Hall Film Location - Plus a New Documentary 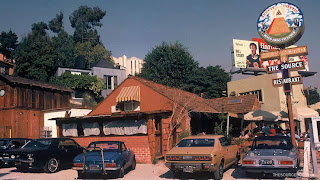 The Source was a 1970s restaurant located on the Los Angeles Sunset Strip that was run by a group of healthy living, rock'n'rollers part of a hippie cult. Their restaurant served up healthy organic vegetarian cuisine like salads with beats, carrots and raisins and a selection of natural juices. I'm not sure which smelled worse, the food or the hippies (I kid, I kid! ). The Source restaurant is also famously featured in Woody Allen's film Annie Hall (1977). In the film, Allen meets Diane Keaton for lunch and orders "alfalfa sprouts and mashed yeast."

This restaurant which was once popular with the likes of Warren Beatty, Marlon Brando, and John Lennon is featured in a new documentary about The Source cult. The documentary is now playing at The Cinefamily theatre in Los Angeles (as well as a few other cities). Theaters in additional cities will be showing the documentary later this month. Check out the documentary website at TheSourceDoc.com to see if this groovy film is playing near you. 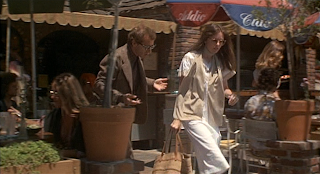 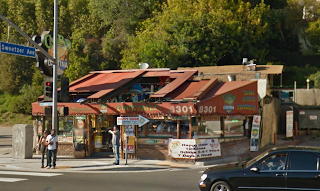 The site of The Source is now the location for a Mexican restaurant and bar called Cabo Cantina. The building is still recognizable from the outside with the exception that the outside seating area has been covered.

In Annie Hall, when Allen leaves the restaurant, being the New Yorker that he is and unable to drive a car, he smashes into both the restaurant and several cars while backing out. 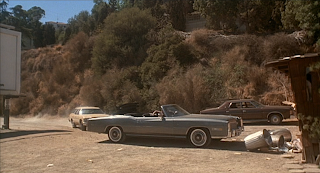 Allen crashes his car in The Source parking lot. 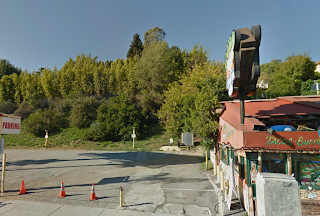 Allen chooses to sit at the restaurant's outside patio. In the background we see the Golden Crest Hotel. That is today the site of the fashionable The Standard hotel. 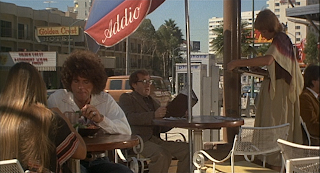 Allen sits outside at The Source. Annie Hall 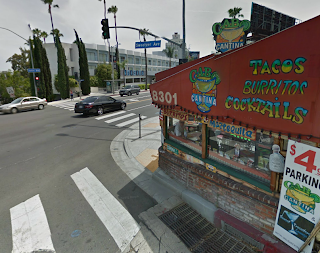 The Standard Hotel in the background, formerly Golden Crest Hotel.

If it turns out this documentary won't be coming to a city near you, the documentary website is already selling the DVD, a digital download, soundtrack, T-Shirts and other merchandise.

Below is a trailer for the film.


Does anyone have any memories of eating at The Source?

I don't think I ever would have eaten at The Source. Ick.

I have heard a rumor that Sky Saxon, one-time lead singer of The Seeds, worked there as a waiter after the whole band thing went sour in the '70s.

How wild would that have been, to find out your server was Sky Saxon?! That would be unexpected.

I ate at the Source and it was great. I think the place was ahead of its time ... their menu would appeal to a lot more people now!

I totally agree with you on that. Now there are so many healthy, organic, vegan restaurants around town. The Source would fit right in.

Yes. We served "beats" in our salads! Love that! The Source had the highest quality, organic, freshest food and that restaurant was immaculately clean. The food was prepared with conscious awareness and in a meditative state. Once we sold it, the name stayed the same but the quality couldn't be matched. The Source was an icon in so many ways. One more night of the film being shown at Cinefamily...catch it if you can...it's very well done.
Dr. Elena Michaels aka Electra Aquarian

The documentary looks fascinating and just a little bit creepy. Will be watching for it.

I had mreakfast and sometimes lunch there regularly and yes, it was ahead of its time! Some of he hippy girl servers were drop dead gorgeous, especially the iwner's fave. The cult practiced Kundslini yoga.

I me salads there. Great job for a starving Hippy musician. 1972?

I was a waiter at The Source in 1978 into '79 - only a short while after Annie Hall I recall serving Johnny Rivers there, and seeing several other celebs. Needless to say, It was a fun place to work every evening.