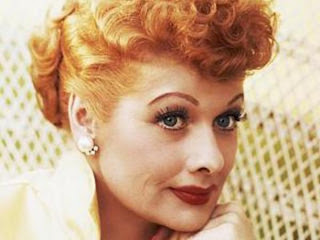 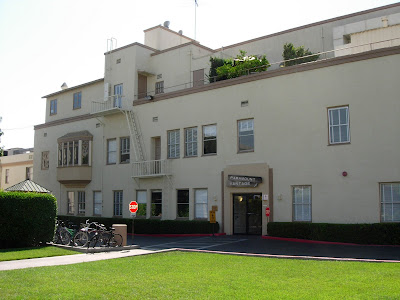 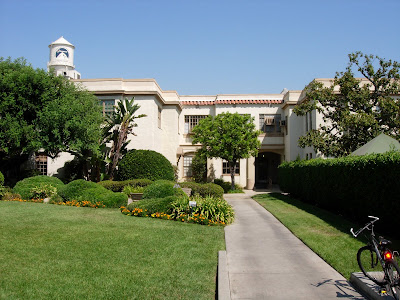 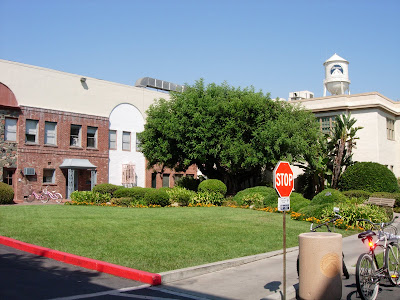 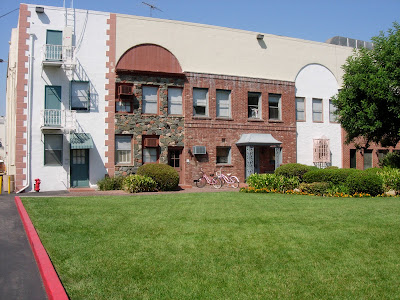 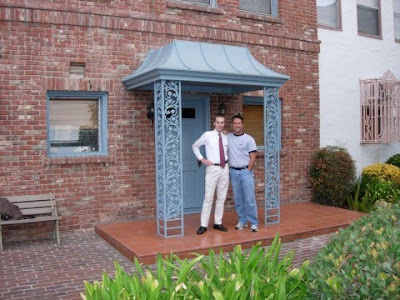 Robby Cress & Gary DeVaughn
Above is the photo I mentioned at the start of myself with Gary
You're thoughts?
Posted by Robby Cress at 2:51 PM 17 comments: 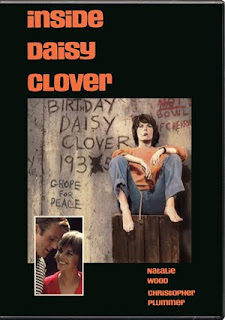 Inside Daisy Clover (1965)
You would think the film Inside Daisy Clover, with a cast starring Natalie Wood, Christopher Plummer, Robert Redford, Roddy McDowall, and Ruth Gordon would be a somewhat entertaining film. Quite the contrary. This film is terrible! I think what bothers me the most is watching Natalie Wood play a 15 year-old tomboy when she was already in her late twenties. It was really distracting as she doesn't look at all like a teenager. What makes it worse is that Wood's acting is so over exaggerated. Even if Wood's performance isn't considered, the story is weak and emotionless and I don't think any cast could have saved this picture.
Nevertheless, I think the film is worth watching to get some glimpses of the Warner Bros. studio lot as it appeared in the mid-1960s as well as the Santa Monica Pier. In this blog post I have captured some of scenes from both the studio and the pier to compare how the locations appear today. 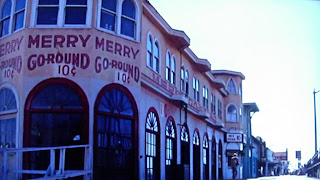 Santa Monica Pier Merry Ground (Inside Daisy Clover)
Wood plays a teenager in the 1930s with dreams of being a star. At the beginning of the film Wood walks into the old Merry Go-Round building found at the front of the famous Santa Monica Pier to make a record of herself singing. She later sends the recording to the movie studios hoping she will be noticed. Above is a screenshot of the building as seen in the film and below is the same building as it appears today - and it still has the merry go-round! 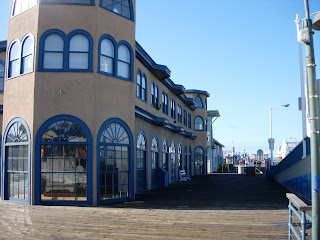 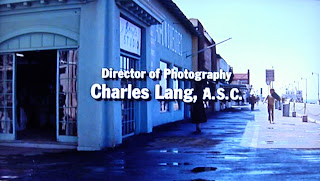 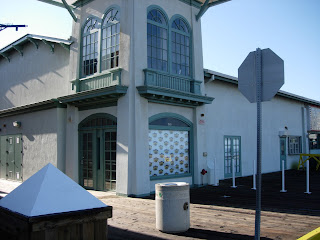 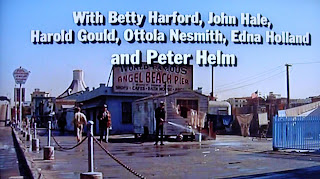 Natalie Wood, Ruth Gordon Home
Above is a screenshot showing the trailer that Natalie Wood and Ruth Gordon (Wood's mother in the film) live in located on the pier. Below is a shot looking where the trailer stood in the film. If you look carefully you will notice a funny pointy roof building towards the back of both images. 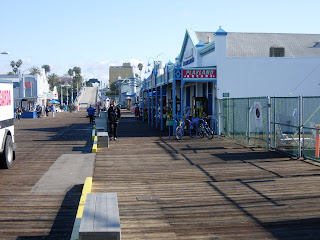 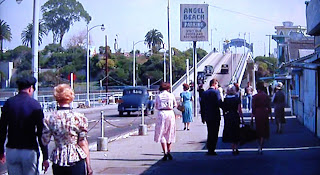 Santa Monica Pier Bridge as seen in Inside Daisy Clover
Wood's character does get discovered by Raymond Swan (Christopher Plummer), the head of the fictional Swan Studios. He arranges to have Wood picked up from her home on the pier and brought to the studio. 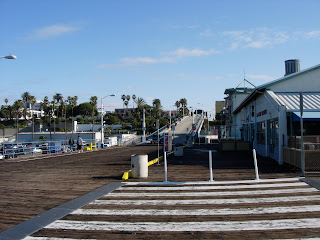 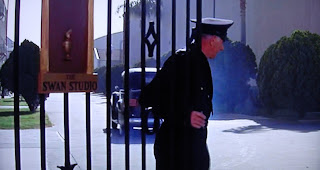 Entrance to "Swan Studios"
Above is the entrance to Swan Studios which is really the Warner Bros. Studio lot in Burbank, California. I couldn't tell where this was on the lot immediately, but then I noticed the different rooftops and was able to match them up. If the film was accurate, Wood's chauffeur would be driving towards the exit of the studio, not entering the studio. The studio gate seen in the film is completely fake. 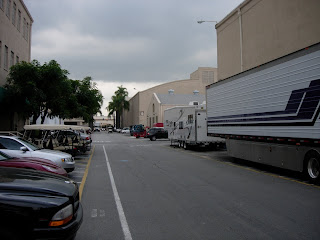 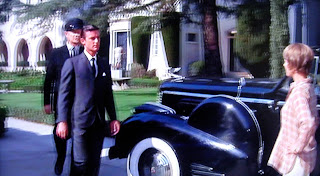 Roddy McDowall meets Natalie Wood
Above Roddy McDowall, one of the studio execs, meets with Wood at the Swan Studio lot. In the background we can see what is the main executive building on the Warner Bros. lot. 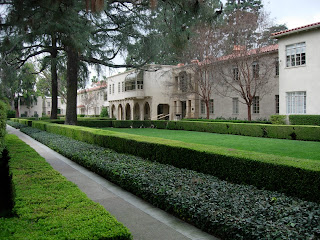 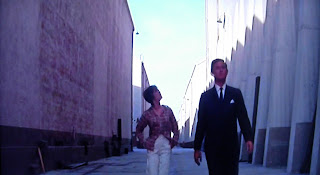 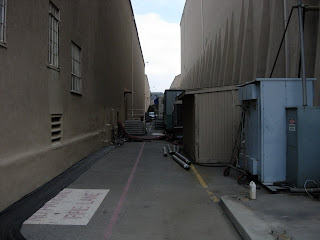 Alleyway next to WB Soundstage 16 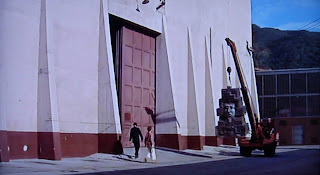 Entrance to WB Stage 16
Above McDowall and Wood enter soundstage 16. The building to the right is the Mill where they create many of the sets and the set pieces. 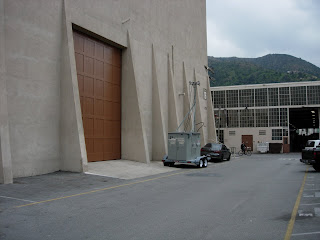 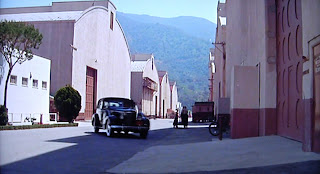 Warner Bros. Lot as seen in Inside Daisy Clover
Above is a screenshot showing some of the soundstages on the Warner Bros. lot and below are the same buildings as they appear today. The soundstage where the people are standing in both images is currently being used for the television show Chuck. 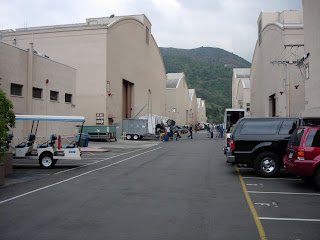 Warner Bros. Studio Lot
So, although the film is terrible for entertainment value I still recommend watching this film if you're interested in seeing the Warner Bros. lot and the Santa Monica Pier as they appeared in the 1960s. As you can see from the images, these locations have changed, but not as dramatically as one might think.
You're thoughts?
Posted by Robby Cress at 5:46 PM 28 comments: