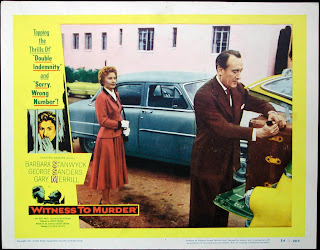 Witness to Murder (1954)
How would you like to rent Barbara Stanwyck's apartment? Maybe you would prefer the posh pad of her neighbor George Sanders? But, what if there was a murder in the neighborhood? Would you still want to move in? Well, you can! Both buildings have units ready to move into. Of course, I'm not talking about Stanwyck's or Sanders's real homes, but the apartment buildings where their characters live in the 1954 film, Witness to Murder.
In Witness to Murder, Stanwyck plays Cheryl Draper, a single working girl, who from her apartment window one night, witnesses a murder being committed in the apartment across the street. The always delightfully smarmy George Sanders plays Albert Richter, a former Nazi and intellectual type, who commits the murder. From the beginning, we know that Sanders is the murderer and Stanwyck tries to prove to the police that Sanders committed the murder, but the police don't believe her. Sanders, using his charm and cunning abilities, leads the police to believe that Stanwyck is a bit delirious. Stanwyck does everything she can to prove that Sanders is the murderer, but the harder she tries, the more crazy the police think she is.
The story isn't groundbreaking and the writing is a bit weak in spots, but what is luring about this film is the performances by Stanwyck and Sanders. In fact, Sanders is so good in my opinion, that I don't care that he speaks with an English accent even though he is supposed to be German. If you want to see a more melodramatic version of a film in the vein of Alfred Hitchcock's Rear Window, which came out the same year I might add, then you should give Witness to Murder a view.
After watching Witness to Murder I was curious about the apartment buildings featured in the film and so I decided to track the buildings down. I had seen some buildings with a similar architectural style in a book on the historic Los Angeles neighborhood, West Adams, so I decided to start looking in that area first. After about 15 minutes of touring the area street by street, via Google, I found the apartment buildings in an area now known as Koreatown!
In the below screenshot and photo, we can see Barbara Stanwyck's apartment on the right (with the awning) and George Sanders apartment straight ahead and to the left. The intersection is S. Serrano Ave at San Marino Street. 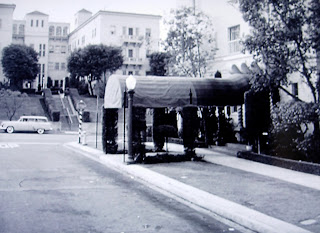 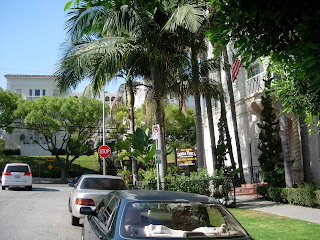 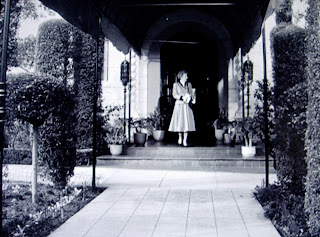 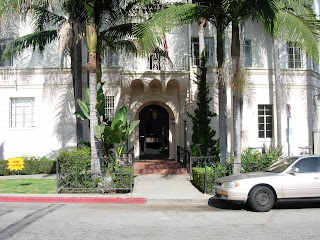 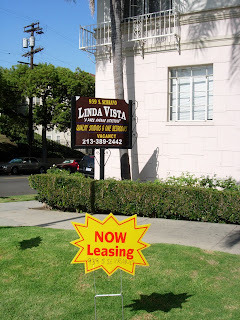 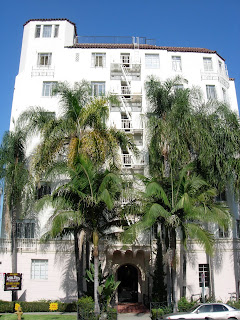 939 S. Serrano Ave, Los Angeles
The next few images are comparisons of the building that was used as the apartment for George Sanders. From a real estate listing on Trulia, it appears that this building which was built in 1922 and known as the Miramonte Terrace, is now a condominium, with one unit for sale. The price for the 2 bedroom, 2 bathroom unit is $325,000. It comes with one secure parking space, shared access to the rooftop deck, and a rec room/billiards room in the basement. To view photos of the inside of the building, click here. The exact address for this building is 3400 San Marino Street, Los Angeles. 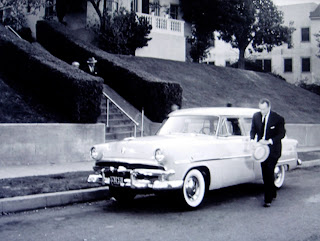 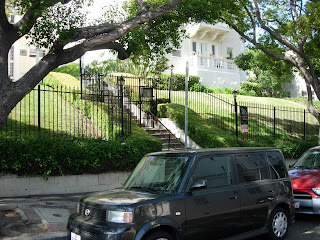 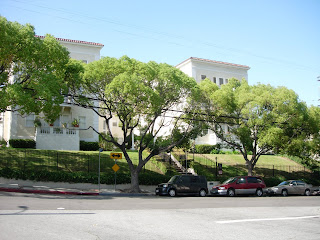 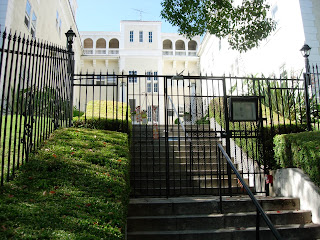 The entrance to the Miramonte Terrace 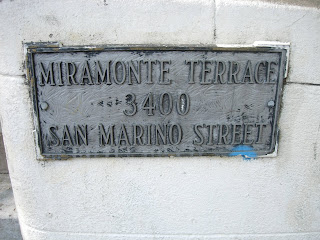 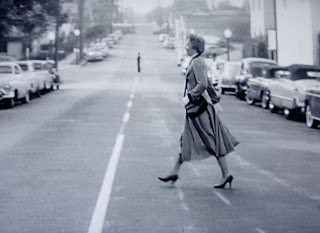 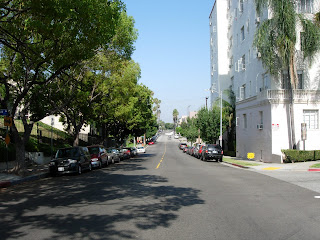 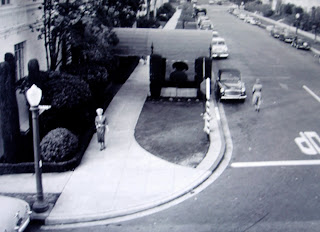 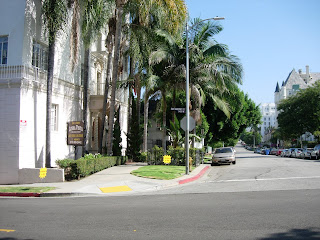 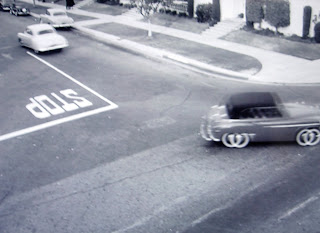 Right side of Serrano Ave. 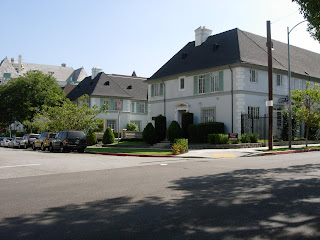 Right side of Serrano Ave.
As I mentioned, Stanwyck plays a working professional. She is an interior designer at a store in Beverly Hills. The building that was used as the business still stands, although the outside has been slightly modified. What was at one time the home of W. & J. Sloane, located at 9560 Wilshire Blvd, Beverly Hills, is now home to Burberry and Niketown. To read more about this building and to see interior photos from the 1950s, click here. 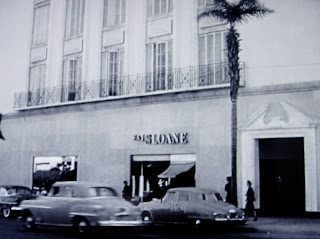 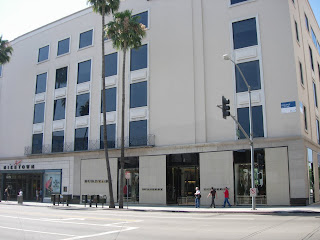 Burberry / Niketown, 9560 Wilshire Blvd, Beverly Hills
Are you ready to move into Stanwyck's or Sanders's apartments? By the way, if you have Netflix, this film is currently available for streaming.
Posted by Robby Cress at 12:51 PM

Fascinating. For me, that location is one of the main draws for the film and it was a joy to see your pictures. Well done!

This is fantastic. I was once asked about the locations for this movie, and couldn't help at all. Thanks for the terrific photos and your fine detective work.

This is really cool!

you nut- you should've totally gone in and checked out hte apt!! :) great post cutie! xoxo

Talk about destroying the facade of a building. What they did to the W&J Sloane building is a crying shame.

Dear Robby,
Fascinating! My neighbor just sent me this link - I live at 939 S. Serrano Ave! I'm on the penthouse level and dying to know which apt they filmed in! I always felt this building was special, I've lived in it for 10 years now. Sadly, the current landlords are slummy like and don't keep it in as good of care as the last owners. If only the proper property investment person would buy them out and fix it up a tad - the value would skyrocket, I'm sure. It's still pretty nice, but from an art deco lover;s perspective, it could be a dazzle doozy with the proper care! I'm going to watch the film on Netflix now. Thank you for your research and for your blog. Krista Kahl

Thanks for the comment and cool to hear that you live in the Serrano Apartment building! All those apartments in that area are quite gorgeous from the outside. I love the deco designs of many of them. It's a shame the current owners aren't giving the building a little more TLC. I hope that changes. Enjoy the film!

This is fantastic! I'm a classic movie lover & always trying to guess where these old movies were filmed. LOVE this!

I am a huge TCM fan, and I love sites like this that take the time and huge effort to scout out classic film locations, and to show the then and now. Well done!