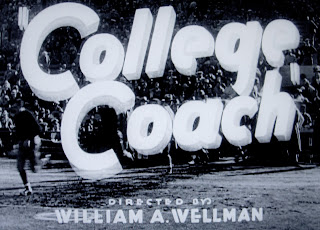 What is college football without a few scandals? It seems like every football season a few more scandals pop up. Just this year eight players for the University of Miami are in trouble for accepting illegal gifts. But this is nothing new. Illegal gifts, phony entrance exams, dirty money and other illegal affairs have long been a part of college sports and this was even the premise for the 1933 film, College Coach.

In College Coach, Pat O'Brien plays the title character, a shady coach willing to do anything to win, even if it means buying players for his team and getting them into classes they can pass. This is a far stretch from the real life coach, Knute Rockne, that O'Brien would play a few years later. As coach Gore, O'Brien is hired by Calvert University,  a school looking to turn their football team into a winning team in order to attract more money for their school.

The film doesn't mention where the story takes place, but the film was made in and around Los Angeles. Here are a few of the filming locations from College Coach. 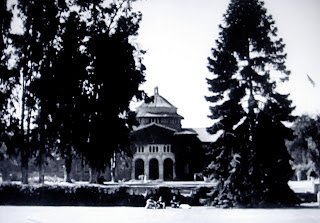 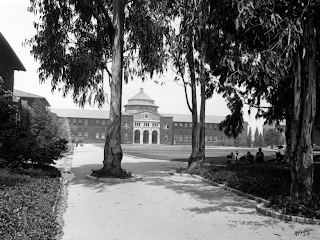 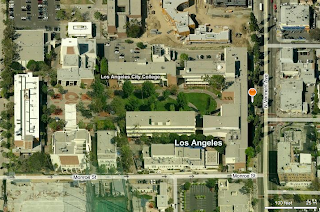 In one scene, after Pat O'Brien has accepted the job at Calvert University, he goes to meet his wife at the train station. O'Brien's wife, played by the attractive Ann Dvorak, is coming to join her husband in the new town where he will be coaching. The train station that was used in the film was the former Santa Fe Depot in South Pasadena. In the film we get a glimpse of the depot as well as the Graham and Mohr Opera House, another historic building that has since been demolished. 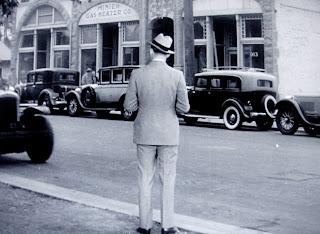 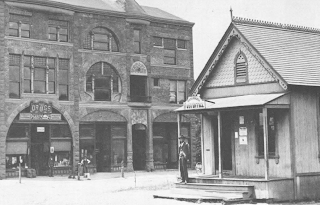 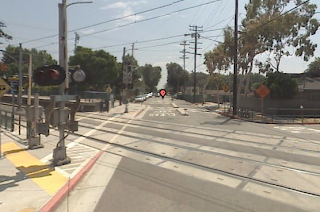 In another scene we see the Calvert University football team arriving in town for a game. Signs welcome the arrival of the Calvert players. The street that we see the team driving down is Broadway and we get a glimpse of the historic United Artists movie palace on the left hand side. The United Artists theatre was built in 1927, just six years prior to the filming of College Coach. 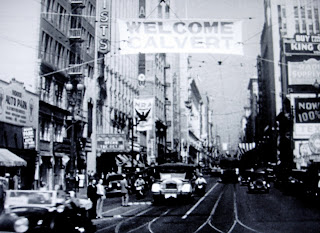 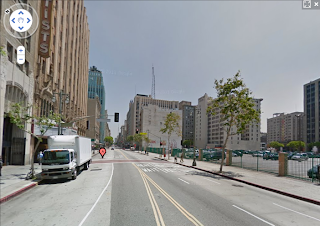 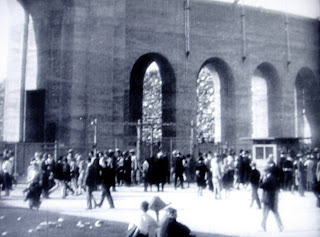 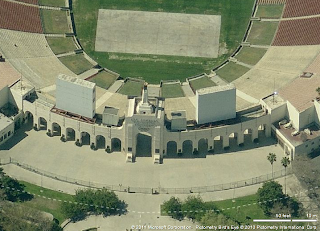 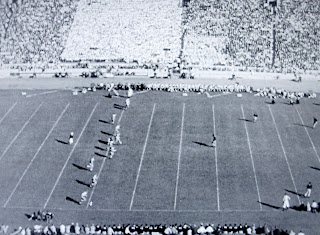 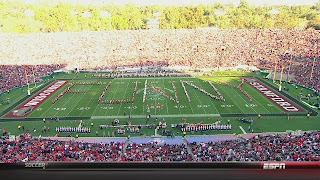 An inside look of the Rose Bowl from the January 1, 2013 Rose Bowl game. Source. 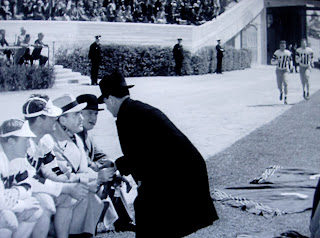 Lyle Talbot, Dick Powell race on to the field to see O'Brien. 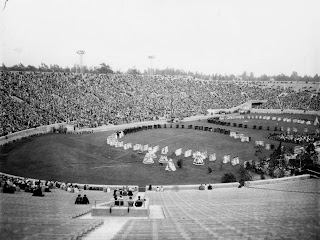 Another view inside the Rose Bowl looking towards the gate that Talbot and Powell would have run out from. Undated image from the Los Angeles Public Library photo collection.

A closeup aerial view of the Rose Bowl's South East gate from 1930. The yellow rectangle marks the shrubbery seen along the wall which is also visible in the screenshot with O'Brien and his team. 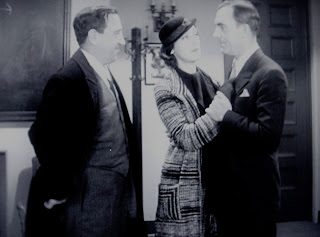 College Coach also stars Lyle Talbot, Dick Powell and Nat Pendleton as three of the football players for Calvert University. And if you watch closely, you get a glimpse of a very young John Wayne, as one of the Calvert students.

College Coach is available on home video through the Warner Archive Collection.

Fantastic post (though I am partial to anything discussing one of Ann Dvorak's films).

Millspaugh Hall is a Los Angeles location I was completely unfamiliar with, and the image you used is even from the photo collection I oversee! When I watched this film recently, I was wondering where that building was, so thanks for solving this mystery for me.

Millspaugh Hall almost seems like a forgotten building, but I have seen it pop up a couple times in some early 30s films. Perhaps when UCLA moved to Westwood in 1929, the building made for a convenient film location. Thanks for stopping by and for the comment.

Very interesting! I reviewed this film a while ago because it was made by one of my favourite directors, William Wellman, but haven't found much information about it, so intrigued to see that you have tracked down so many of its locations, Robby. Great work. Judy