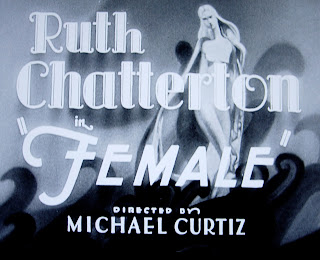 Female (1933)
It's a woman's world in the film Female (1933). Ruth Chatterton plays Alison Drake, a tough business executive at an automobile factory who has her way with all the men that work for her. When Alison sees one of her male employees that she fancies, she invites them over to her house for what will be a one night stand. Miss Drake doesn't get attached. That is until she meets Jim Thorne (George Brent), an inventor who refuses her advances.
This unusual film is a pre-code comedy filled with gorgeous art deco sets and snappy dialogue. One of the interesting film locations is Chatterton's home, which is the Ennis Brown house designed by Frank Lloyd Wright. The home is located at 2655 Glendower Avenue in the hills of the Los Feliz neighborhood of Los Angeles and can be seen in numerous films. The Ennis Brown house was even the title character in House on Haunted Hill (1959), starring Vincent Price. 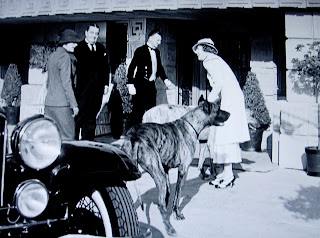 Ruth Chatterton and her help outside the Ennis-Brown house. 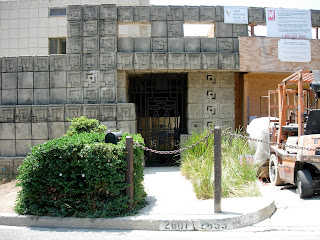 The entrance to the Ennis-Brown House. 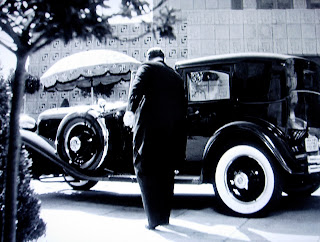 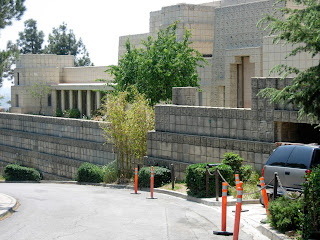 The front of the Ennis-Brown House 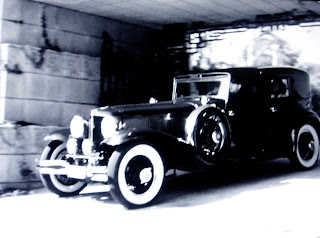 The driveway of the Ennis-Brown House. 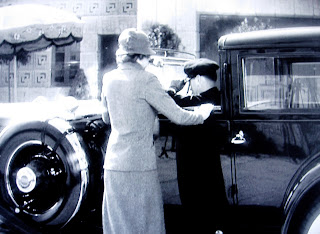 Ruth Chatterton in front of the Ennis-Brown house. 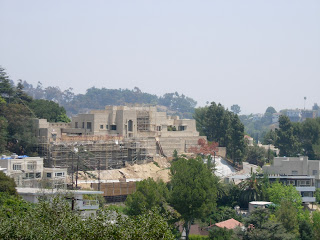 The back of the Ennis-Brown house. 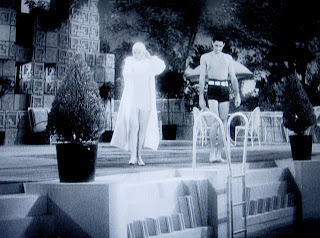 Ruth Chatterton about to take a dip in her art deco pool.
In one scene we see that Chatterton's home has a large art deco swimming pool. That pool is not part of the Ennis-Brown home designed by Wright. It was fabricated on a Warner Bros. soundstage. According to IMDB, it was actually constructed for the musical number "By a Waterfall" in the bigger budget film, Footlight Parade (1933), starring James Cagney.
Posted by Robby Cress at 7:53 PM

By far my favorite post of yours for sure. I really love this movie especially the set design. I was disappointed when you said the Art Deco pool was a set instead of part of the house. Dang! That pool was so stunning. Literally took my breath away. This film is one of the reasons I love Art Deco so much.

Is the Ennis Brown house used for anything these days? Is it privately owned?

Hi Raquelle,
The house was recently sold to a private buyer earlier this year, apparently the same person who owns Harold Lloyd's former estate, Greenacres. The building has been in disrepair for some time but from what I've heard the new owner plans to restore the house and even have it open to the public at times. Let's hope!

It makes sense the pool would have been from FOOTLIGHT PARADE, given the time frame and being made at the same studio. Would be neat to find confirmation somewhere.