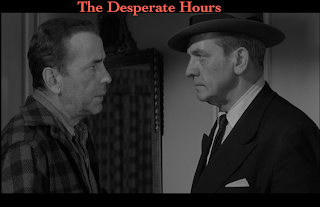 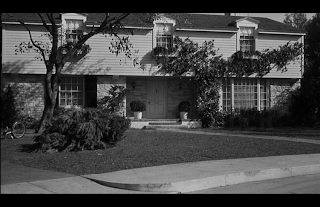 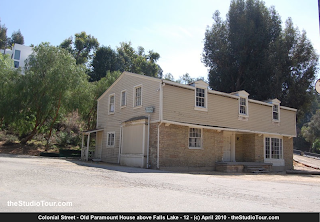 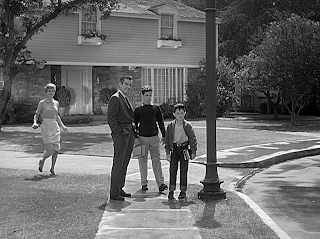 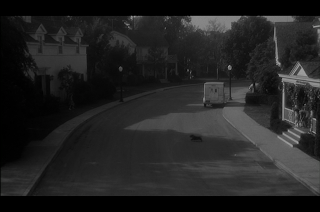 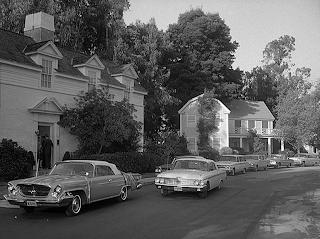 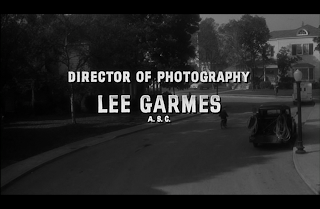 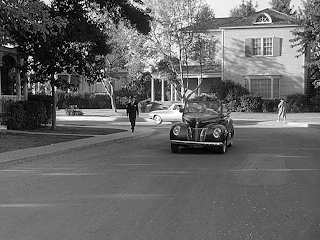 For more information visit the retroweb.com site dedicated to Leave It To Beaver. This page is filled with images of Colonial Street and it's history involving the Cleaver family. Also check out theStudioTour.com, another great site loaded with information on Colonial Street (as well as other film studios).
Posted by Robby Cress at 7:15 AM

Great post! This is a terrific film and it's easy to forget it was done on a studio backlot.

Thanks Silver Screenings. I agree, the film is so well done that for me too, I didn't get distracted with the thought that it all happened on a studio backlot.