"It Cafe" and Hollywood Plaza Hotel 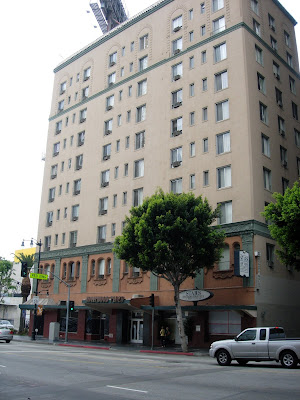 1637 N. Vine Street, Hollywood, CA
During the 1920s Hollywood was a rapidly growing town and to accommodate all the incoming folks numerous apartment hotels started to spring up. One of those apartment hotels was the Hollywood Plaza Hotel, built in 1924, located at 1637 North Vine Street just south of Hollywood Boulevard.
In the 1940s and 1950s when many broadcast studios were located on or near Vine Street the hotel became popular with radio people. George Burns even had offices at the top of the Hollywood Plaza Hotel. The popular radio DJ Johnny Grant did his show from the Hollywood Plaza Bar. Grant also did a radio show from midnight - 4:00 a.m. in the nearby Ham and Eggers Restaurant. Grant would mix playing records with chatting up all the stars that would drop in - stars as big as Bing Crosby or Jimmy Durante. 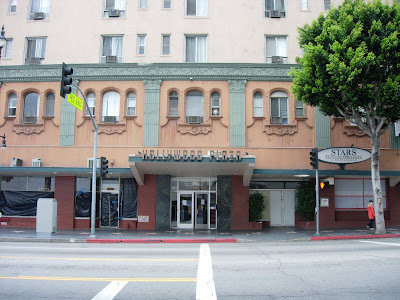 Hollywood Plaza Hotel and later "IT Cafe" site.
In 1937, the silent film actress Clara Bow opened a nightclub adjacent to the Plaza, named the "It Cafe" in reference to her popular film "It." By this time Bow was not the big star she used to be and the opening of the club was an attempt to revive her career. Bow managed the place with her husband Rex Bell and at the opening, promised to be in attendance 3 times a week. However, after the birth of her second child Bow gained weight and lost interest in the club. The club would be a short lived venture. 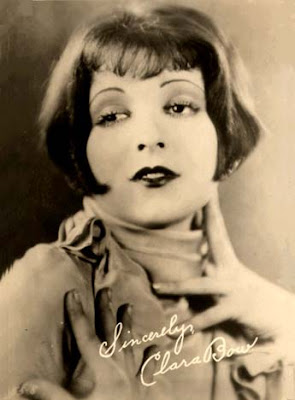 i got this dvd for my birthday a few years back- clara bow is really adorable in this film and i love her hat int eh begining of the film! :) nice work.

So the levels above street level are private residences currently?

yes the levels above are studio and one bedroom apartments, under the section 8 government plan.