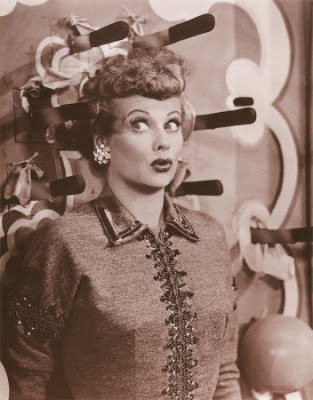 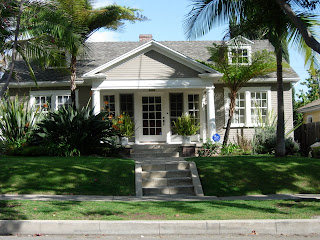 Lucy's First Home - 1344 N. Ogdon Drive, West Hollywood, CA
Lucy stayed in this home for several years before moving out into her own apartment. Her family continued to live in the home after she left and it was this same home that her grandfather, Fred Hunt, held Communist Party meetings. Lucy would later be called to testify before the House Un-American Activities Committee. Although her grandfather was a Communist, Lucy tended to be more conservative.
The house is located between Sunset Boulevard and Fountain Avenue. The Samuel Goldwyn Studios and the RKO lot where Lucy worked during the early part of her career are both under 3 miles from the home - so Lucy didn't have much of a commute.
If you plan to swing by Lucy's old Hollywood home, load up on breakfast first at The Griddle, located just around the corner on Sunset. They have the most amazing pancakes I have ever seen and tasted! And although you won't see Lucy, it is a good place to spot stars getting their breakfast.
Posted by Robby Cress at 9:24 PM

great post cutie and great choice of pics for lucy- hehehe. i love that episode! :)

Thanks so much for the info. and wonderful photo. I learned something new, which is always wonderful. Tomorrow, I'm going out for pancakes.

Thanks! I recognized that house immediately ... I used to drive by it every day (my office was in a house/converted into office space at the corner of Sunset and Ogden). I always used to think the homes on Ogden were 'quaint' but I had no idea that one of them was once Casa de Lucy.
Best,
Marty

Nice post Rob and you are correct about that restaurant. We will have to go there again!

Hi,
First time to your blog. I am an old Hollywood buff, so I will be back often. Great topics! Please pop over and visit, as I post alot about Hollywood, as well, amoung other things. :)
Best,
Robin