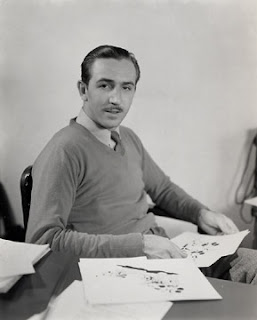 Walt Disney
Here are some of the locations that Walt Disney lived and worked at when he first arrived in Los Angeles. This was part of a post I did a while back for another blog but wanted to incorporate here.
In 1923, Walt Disney, unable to get the funds needed to keep his Laugh-O-gram cartoon business going, decided to file for bankruptcy. At the urging of his older brother Roy, he left the Kansas City business behind and boarded a train for California. Roy, because of health reasons, was already living in California, staying at a veterans hospital in west Los Angeles. Their uncle Robert Disney had retired to Los Angeles and was living in the Los Feliz neighborhood. When Walt arrived in California he stayed at his uncle Robert's place at 4406 Kingswell Avenue. 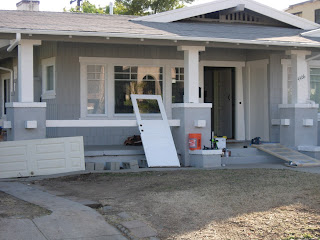 Uncle Robert Disney's Home, 4406 Kingswell Ave
Walt first came to Los Angeles, not with the idea of creating another cartoon business, but with ambitions of becoming a director at one of the major studios. Walt even had business cards created that said he was a Kansas City representitive for Universal and Selznick newsreels so he could hand them out to people at the studios. On one occaision Walt handed a secretary at Universal one of his cards and requested a pass to the studio - which he was granted.
After trying to get a job as a director with no success, Walt was ready to settle for any job at one of the studios, but was told there were no openings. Finally, Walt figured if he was going to get into the entertainment business he would have to go back to cartoons.
Walt set up shop in uncle Robert's garage and started by making cartoon joke reels for movie theatre chains. He would eventually start making what would become the Alice Comedies, cartoons that featured a live girl in a cartoon world.
Around this time Walt moved out of Uncle Robert's house and into the Olive Hill Apartments where he stayed for about a month, and then moved to a cheaper place at 4409 Kingswell Avenue that he shared with his brother Roy. The apartment is almost directly across the street from Robert's home.
Walt and Roy then rented a room in an office building on Kingswell Avenue, just a couple blocks from their apartment, to create their cartoons. The men called their business the Disney Bros. Studio. 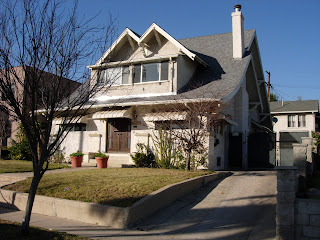 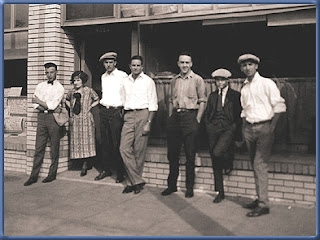 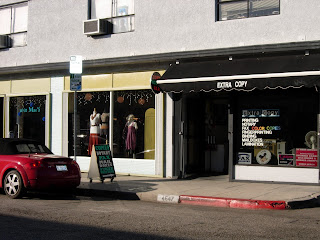 Disney Bros. Studio Kingswell Ave
Disney's Alice Comedies would become a hit and Walt would need to hire other artists to help create his cartoons. One of Walt's early employees, an ink-and-paint girl named Lillian, would later become his wife. In 1925, after little more than a year of courtship, Walt and Lillian married.
Roy had married his sweetheart about a year earlier and had moved out of the apartment he shared with Walt. When Walt and Lillian married they moved into a small apartment located on Melbourne Avenue, close to the studio on Kingswell, and then later to a larger apartment on Commonwealth Avenue.
With the success of the Alice Comedies, Walt and Roy put a deposit down for land and an office building on Hyperion Avenue, in the Silver Lake neighborhood. The Disney's planned to grow their business here, and they would, but it would not be easy.
The Disney's would move the studio from the Kingswell location to the Hyperion office. They moved on from the Alice Comedies and introduced a new character, Oswald the Lucky Rabbit, which also proved to be popular with audiences. With the popularity of Oswald, Walt asked his distributor Charles Mintz for an increase in budget, only to learn that they wanted to decrease Walt's budget by 20 percent. Walt also learned that he didn't own the rights to Oswald, Mintz did, and he had hired away most of Walt's staff.
Walt, with his few loyal artists, would finish their contract with Mintz and complete the last of the Oswald cartoons while secretly working on a new character - Mickey Mouse. Mickey would prove to be more popular than anything Walt had done up to that point.
Below is an image of the Walt Disney Studios in the Silver Lake neighborhood and the site as it appears today (the studio is demolished and a grocery store stands in its place). It is at this studio that the early Mickey cartoons, Silly Symphonies, and the first animated feature, Snow White and the Seven Dwarfs were all created. After the success of Snow White, the Walt Disney Studios would move to a new location in Burbank, a few miles away. 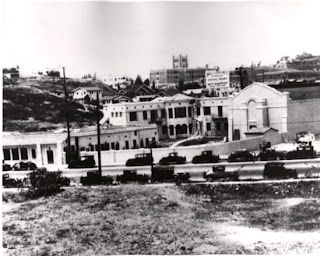 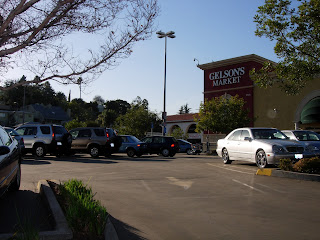 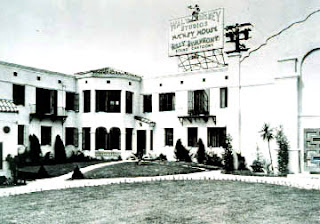 Walt Disney Studios, 2719 Hyperion Ave
In 1927, with the money the Disney's were earning from the Oswald cartoons, Walt and Roy bought matching homes on Lyric avenue in Silver Lake, near the new studio. The prefabricated homes were small, just 1100 square feet, with only two bedrooms, a living room, dining room and kitchen. It was at Walt's garage on Lyric Avenue that he and his loyal animators in secret worked on the first Mickey Mouse cartoon. 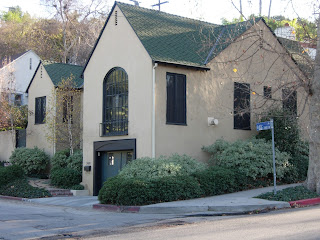 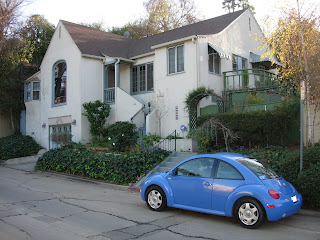 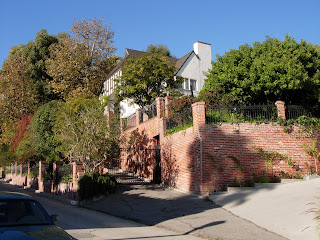 Walt Disney's Home, 4053 Woking Way
As Walt's success grew and news came that his wife Lillian was pregnant, he decided to move from the small home on Lyric Avenue to a larger home up in the Hollywood Hills. The home was located at 4053 Woking Way, just above the Los Feliz neighborhood. To get there you need to drive up some steep narrow roads. Walt would live in this home for a few years and then move again to his most famous residence, which was located in Holmby Hills (it was at the Holmby Hills residence Walt had his backyard train).
Posted by Robby Cress at 10:25 PM

Can I just come over to LA and follow you around? No stalking. I promise! I just love all of this history and especially photos. And when I see what it was and what it is now, I have a good cry. People just need to leave a beautiful building alone. *sigh* :)))

Thanks Amanda and Lucy.

Lucy, I would probably bore you to death showing you around this city. I think I've driven a few friends and family members mad touring around town because I can go on for hours without stopping. Although, I have thought of organizing more manageable themed or neighborhood tours - if I go anywhere with this I will let people know.

hehehe... you took me on a tour on one of our first dates- i live in LA my whole life and never knew any of these locations that were about 5 miles from my house- robby the tour guide indeed! :)

I LOVE this! When I was in LA in July I tried to find the Hyperion studio location without success! I absolutely guarantee I could go on LA tours for days on end without getting bored - as long as the tours were historic and film locations. It also makes me SO sad that LA has destroyed much of it's historic buildings.

I am currently writing a book on Disney's Hyperion Studio location.

The book will cover the history of the Hyperion location from 1924-1939.

have dozens of images, including many very rare photos, which have never been published - these images show interior and exterior shots. I even have some great construction photos taken in 1931, when the new animator's building and sound stage were added to the site!

I'm also including around a dozen diagrams showing the physical development of the site. The diagrams show new building construction as well as renovations and additions, by year.

As you go through the book you'll read about the many innovations, which were either exploited or developed at Hyperion, and then you'll read quotes from those who were there who were involved with those processes including sound synchronization, storyboards, the sweatbox, Technicolor, animation classes, multiplane camera, etc.

I collect 1930s Disney memorabilia, and Disney WW II related items. I run two blogs that look at both these topics. Feel free to drop by for a visit.

David, your book sounds fascinating! What a great subject to write about. I look forward to the publication of your book and hope you will stop by again once released to let us know it is available. I'll certainly be one of the first to pick up a copy. Good luck!

Thanks for sharing the links to your blogs too. I'm heading over.

Indeed Robby, let us all know when you decide to give tours. I've been meaning to take a trip down to LA, and would love to be a part of something like that.