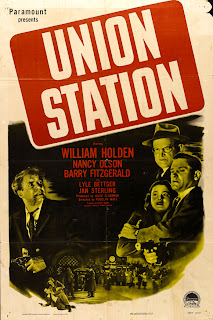 (c) Paramount Pictures
The same year (1950) actors William Holden and Nancy Olson appeared in the classic noir film, Sunset Boulevard, they also appeared in another less classic noir film together - Union Station. Unlike Sunset Boulevard which has a solid story, strong characters, masterful cinematography, and the Billy Wilder touch, Union Station works on a thin plot, using simple characters, with little depth. Nevertheless, Union Station does contain enough action and suspense that it can be a fun film to watch.
In the film, Holden plays a detective at Union Station who is alerted by a train passenger played by Olson, that there were two suspicious men aboard her train. As it turns out, the men are part of a larger group of crooks involved in a kidnapping and are using Union Station as the location for the ransom drop-off point.
The true gem of this movie is the use of the Los Angeles Union Station as a filming location. As the title suggests, nearly the entire film is set at Union Station. The best part is little has changed at Union Station from the time of the film. One can really time travel back to 1950 by visiting the train station. Below I have captured a few images of Union Station comparing the site as it appears in the film versus how it appears today. 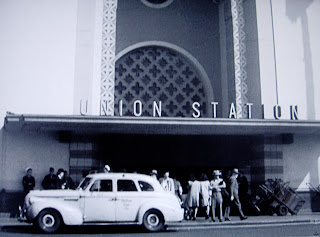 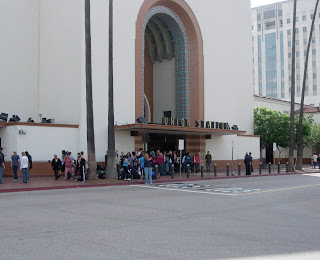 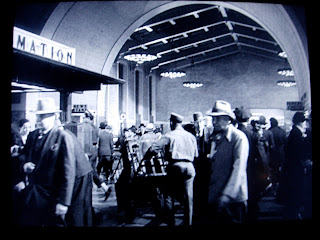 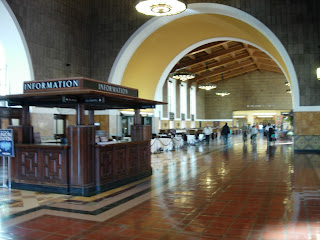 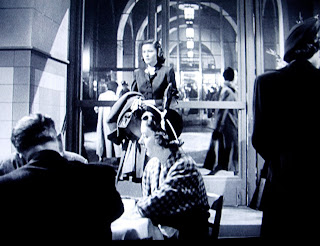 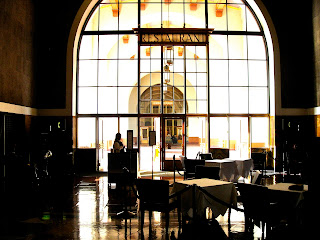 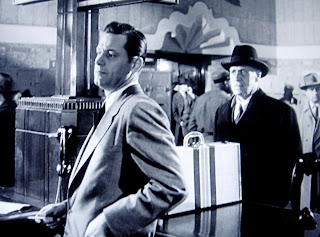 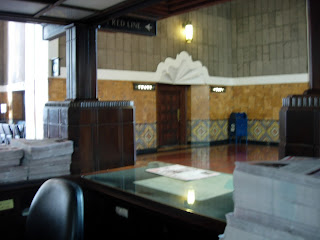 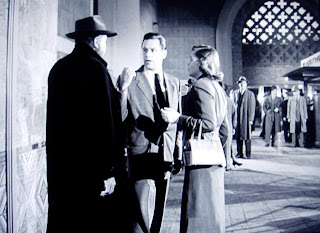 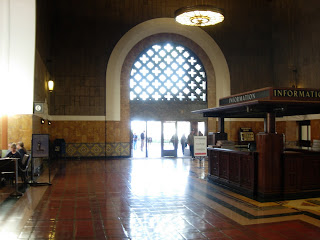 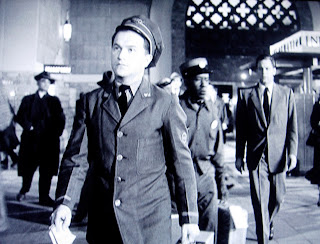 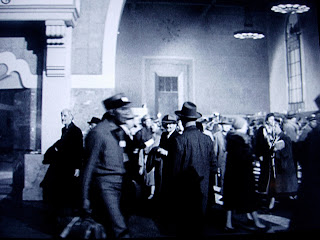 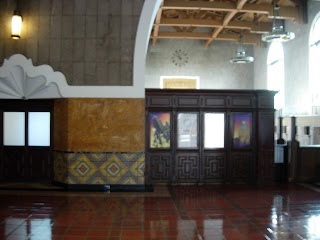 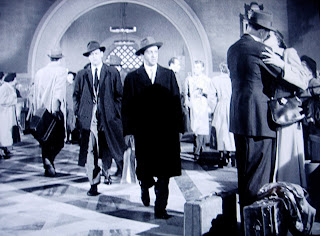 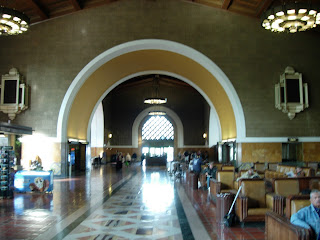 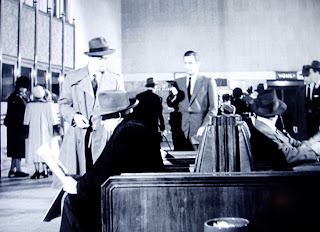 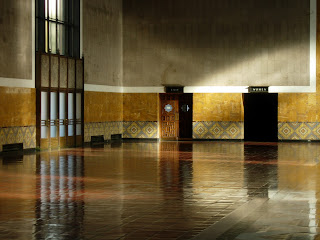 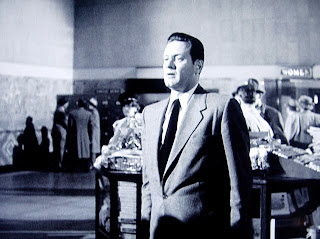 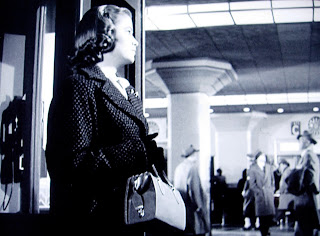 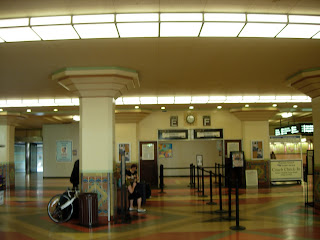 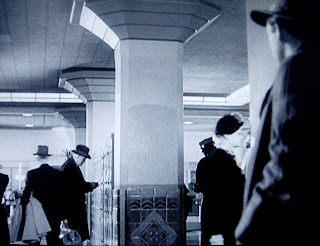 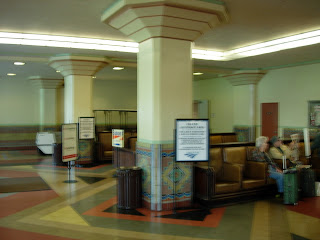 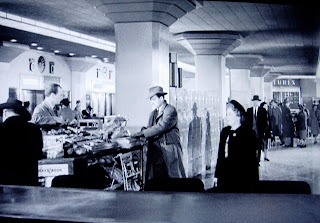 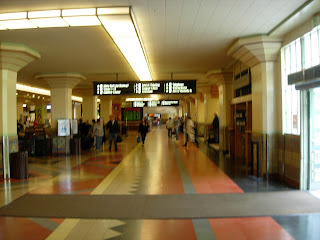 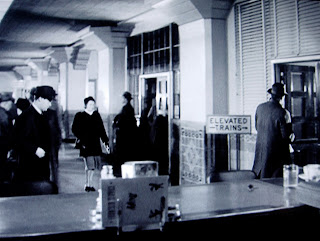 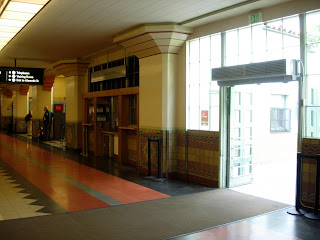 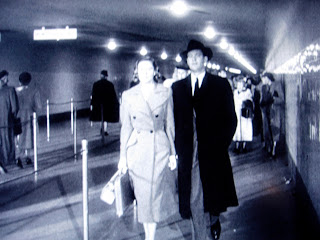 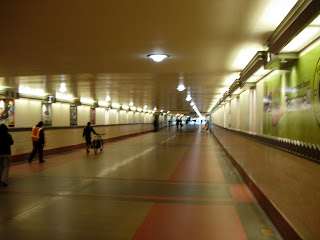 I love this post! All of your posts are fantastic and I love them! Thanks!

I love looking at your post!
I could look at "Now and Then" photos all day!
Thanks for taking the time! I love it!

I've been in Union Station several times; what a beautiful place. For more on the place, check out what I wrote in May 2009, when the station celebrated its 70th anniversary: