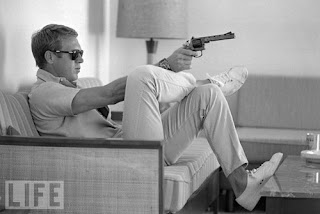 Steve McQueen (c) LIFE
Before all the hipsters moved into the East Los Angeles neighborhoods of Echo Park and Silver Lake, making the area cool central, the original "King of Cool," Steve McQueen, once called the place home.
McQueen was born on March 24, 1930, in the Midwest state of Indiana and was raised there, and later Missouri, by his grandparents Victor and Lillian Crawford and a great-uncle, Claude. McQueen's father had left shortly after his birth and his mother, Julian, eventually left him with her parents. Julian, just a young 19 year-old girl when she had McQueen, still had some partying to get out of her system. She lived a wild life and traveled around, eventually making her way to Los Angeles.
In Los Angeles, Julian met the abusive alcoholic, Hal Berri. The two married in 1937, at which time Julian uprooted McQueen from the Midwest and brought him out to Los Angeles to live with her and her new husband. The three of them lived in a home at 1810 Ewing Street in Echo Park Los Angeles. 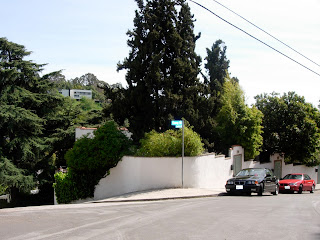 1966 Preston Ave, Echo Park
After moving two times in as many years, Hal, Julian and McQueen moved just around the corner from the Ewing residence, to a split level home at 1966 Preston Avenue. Depending which route you take to visit this home, driving through this residential area, which is not far from downtown Los Angeles, is like going for a roller coaster ride. There are plenty of hills so steep that when you drive up you feel like your car is going to start, not rolling, but falling backwards. By the time you get to a top of a hill you can't see the road in front of you until your car has made it over the peak, like a roller-coaster preparing for its first steep drop. The roads are also very narrow and with cars parked on the street, leaves only enough room for one car to drive down a lane at a time.
According to the book Steve McQueen: The Life and Legend of a Hollywood Icon, it was at this home that McQueen suffered many beatings and verbal abuse from Hal. In the book, McQueen is quoted as saying, "He apparently beat me for the sheer sadistic pleasure it gave him - which included the joy he obviously derived from my pain. I was young. I even thought of bearing the beatings, vowing simply to hold on until I was old enough to run away. But I just couldn't. It wasn't in me. I just started fighting back."
McQueen, just a child, tried fighting back but was no match for the much larger adult, Hal. 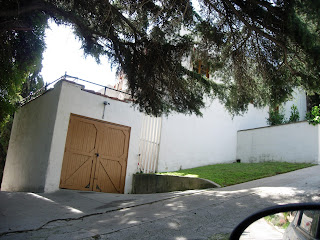 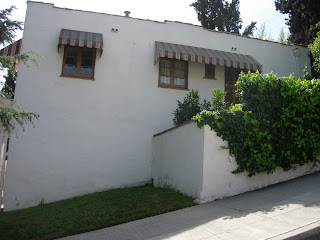 1966 Preston Ave, Echo Park
McQueen, afraid to go home, often roamed around the streets of Los Angeles. This usually led to the young McQueen getting into trouble, such as stealing or getting into fights with people. Julian decided to call Claude and arranged for McQueen to move back with him in the Midwest, as an alternative to reform school.
After some time back in the Midwest, McQueen decided to runaway with a carnival, but his employment with the carnival did not last long. McQueen worked his way back to Los Angeles by hitchhiking and hopping freight trains. When McQueen made it back to Los Angeles things picked up right where he left off. Hal continued to be abusive toward McQueen and McQueen continued to get into mischief. Once, after being caught stealing hubcaps from a Cadillac, McQueen even had to appear in court. 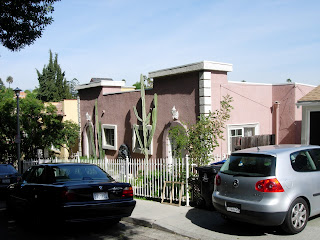 3266 Descanso Drive, Silver Lake (Los Angeles)
By 1943, Julian and Hal divorced and Julian moved into a new home at 3266 1/2 Descanso Drive in the Silver Lake neighborhood of Los Angeles. This home is located not from from the house on Preston. It is also located directly at the top of the well known Laurel & Hardy "Music Box" stairs. Those stairs were made famous by Laurel & Hardy in a short film where the two men play movers who struggle to deliver a piano up what seems a never-ending flight of steps. You can learn more about the steps and see a video here. 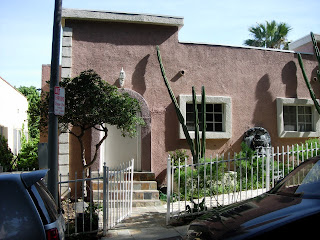 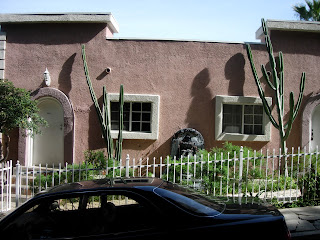 3266 Descanso Drive, Silver Lake
According to the real estate site Zillow.com, the residence on Descanso Drive is a 1660 square foot home with three bedrooms and three bathrooms. The site also says that the home was built in 1923 and is currently valued at $424,500.
Your thoughts?
Posted by Robby Cress at 5:03 PM

Steve is one of my favorite actors. He had such a naturalness to his acting. One of the best int he business! I love your detail you give in your posts, Robby. Very educational and things we would never know about. BTW, he was "hot", too!

I had the biggest crush on Steve McQueen when I was a little girl. As I grew up I learned to crush on him for his talent as an actor as well.

Echo Park and Silver Lake are NOT in East L.A.

I see my work lives on. I hope you enjoyed reading Marshall's book.

Marshall's book is a wonderfully detailed and engaging read on McQueen's life. I definitely recommend it to anyone wanting to learn more about McQueen. Thanks for the comment.