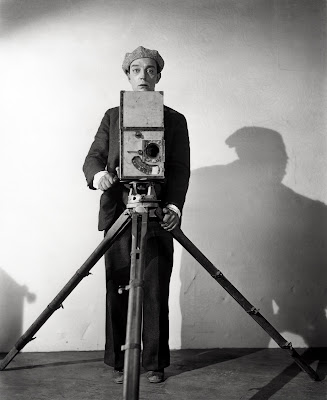 Buster Keaton
Buster Keaton's first picture with MGM and my personal favorite of his MGM films is, The Cameraman. MGM also thought this was a pretty good film. They believed it was the perfect comedy and would use it as an example to show all their other directors and producers under contract.
The film is set in New York City and was shot in New York, Hollywood and Venice. Below are some of the locations that were shot in Hollywood. 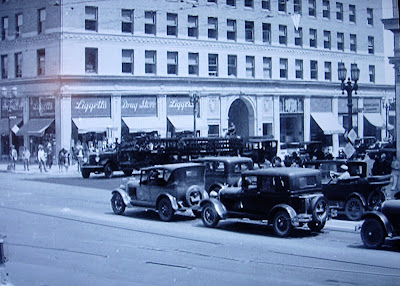 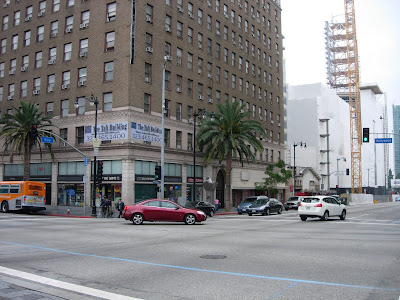 Southeast corner of Hollywood & Vine 2009
This is how the southeast corner of Hollywood and Vine appears today. The building is pretty much the same. If you look to the right of the image you can see a building under construction. That's a new W hotel being built on the former site of the Hollywood Brown Derby restaurant. Read my earlier post to learn more about that.
The firetruck then turns up Cahuenga Boulevard. The next two screenshots and the following photo show how the street appears in the film and how it looks today. 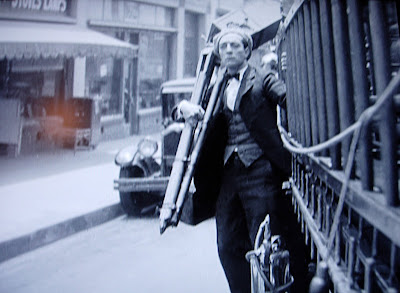 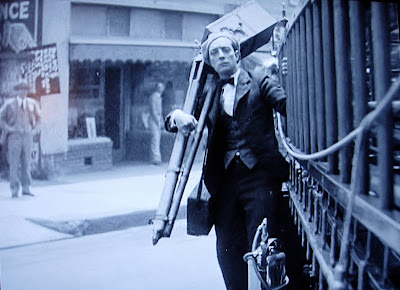 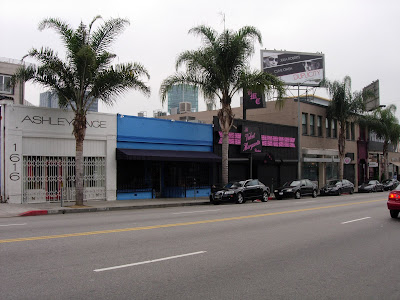 Cahuenga Boulevard as it appears today. 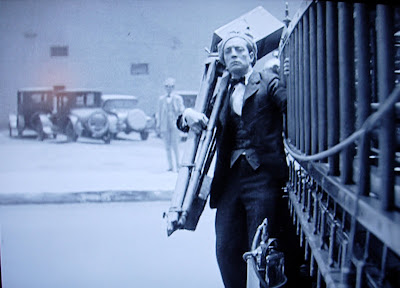 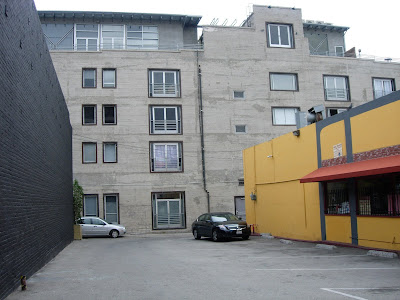 If you watch the first 2 minutes of this YouTube video you can see all of these locations as they appear in the film.
Posted by Robby Cress at 7:33 PM

One of my favorite films. Nice detective work.

Great pictures. You've got a really cool blog. I really like it here.

This is great! I was stalking the locations for Paper Moon on Google street view recently. Great blog!

Thanks for the kind comment and for following. PAPER MOON is one of my faves!