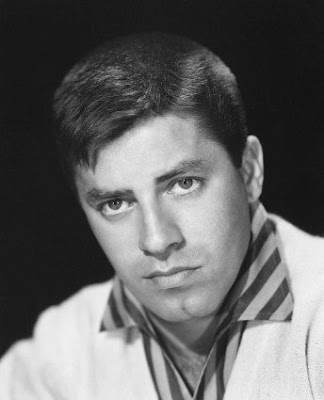 Jerry Lewis
This weekend I was watching the Jerry Lewis film, The Ladies Man, and I immediately recognized the scene where Lewis's character is having a graduation ceremony as being the "Producers Park" at Paramount Studios. Producers Park is an area of the Paramount lot located right behind the main Administration building - it's that building to the left of the famous Bronson gate which can be seen in numerous films (such as Sunset Boulevard) and photos. Although the buildings in Producers Park are mainly office buildings it is not uncommon for them to be used for filming purposes. 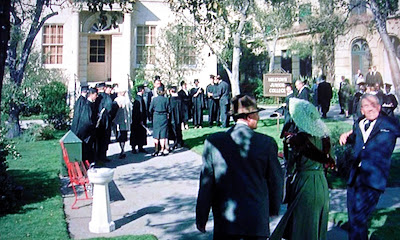 The Ladies Man (C) Paramount
Above you can see Producers Park standing in for Milltown Junior College in the 1961 film The Ladies Man and below you can see a photo of the same location that I took just a few years ago. Another piece of trivia, that building on the right is film producer/actor Robert Evans office. 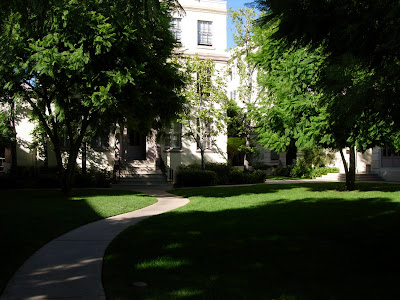 Producers Park at Paramount Studios c. 2006
One thing that you will notice that is different between the Then and Now is the sidewalk. During the time of the film the sidewalk is long and straight. Today the sidewalk is skinny and curves. At one point, I believe it was the 1950s, the grass was paved over to create a parking lot, but was eventually turned back into a grassy park. Otherwise, this area has remained mostly unchanged. 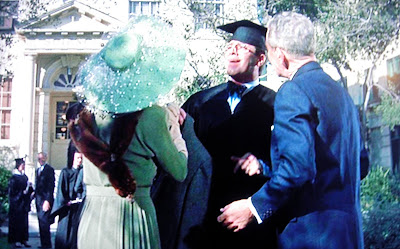 Thanks Keith. I think Jerry Lewis is great too and often underappreciated. What he did both in front of the camera and behind is brilliant.

I adore Jerry Lewis. It took a lot of talent to make his absurdity look so easy! Thanks for the post! I love your site and look forward to the updates!

Many thanks Brave Girl. I just heard from the Kitty Packard Pictorial blog that Jerry Lewis is actually going to be doing a Q&A at Rocket Video. Also, the Cinefamily is showcasing a series of Jerry Lewis films at the Silent Movie Theater this month. Maybe Jerry is starting to be a little more appreciated :)