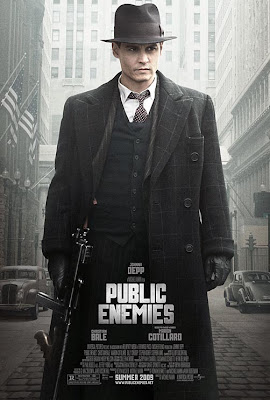 Public Enemies, (C) Universal
Usually I just write about locations that can be found in the greater Los Angeles area, but because I'm looking forward to the upcoming film Public Enemies, I decided to make an exception. The film, starring the always great Johnny Depp, as well as Christian Bale, was shot primarily on location in the Midwest, including many places where I grew up in Wisconsin. The Wisconsin Department of Tourism website, www.travelwisconsin.com has a list of many of the shooting locations as well as related tours on gangsters. 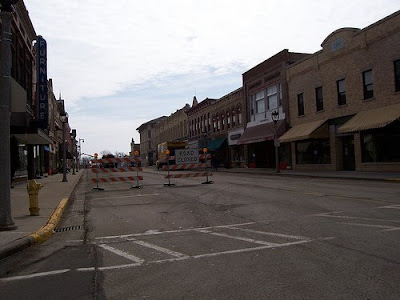 The San Fernando Valley newspaper, Daily News listed several of the filming locations a few weeks back. Here is a list from the May 3, 2009 Daily News: 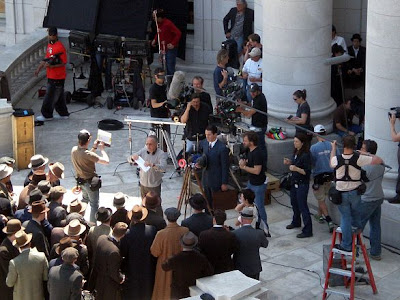 Here is a video of showing Johnny Depp being filmed in Public Enemies:

Very interesting stuff... I'm also really looking forward to the Michael Mann film. When Mann is at his best, he has produced some movies that I love.

I bet the movie premiere parties out there are gonna be riotously fun!
Am looking forward to this film more than any other this year ...

does this mean we're going to do a film location shoot the next we in wisco??? :)

I look forward to it, too! I have a silly little hope of them having the detail about Dillinger watching Manhattan Melodram before he is shot to death outside of the movie theatre - is that too naïve?

I can't wait to see this movie.